Abundant food in an academic wasteland 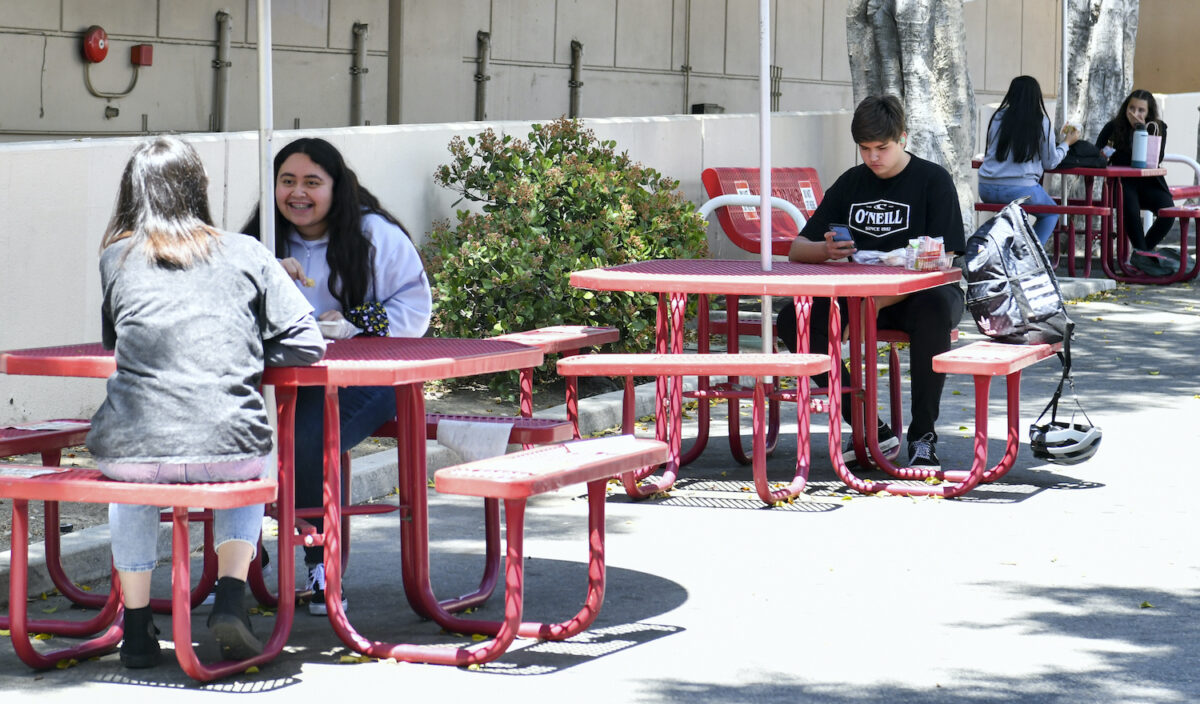 Abundant food in an academic wasteland

If you can be bought by supposedly “free” breakfasts and lunches for your school-going child, California is the public school system for you. The only price: you may have to sacrifice your child to the woke mob.

And by the way, these new “free” breakfasts and lunches available to all California public school children are not “free.” The state government cannot give your child anything without first taking it from someone else.

After fattening up the young, what will public schools teach them? By law, that is, under the curriculum requirements that politicians and their union masters have imposed on public schools, children are likely to receive heavy doses of tough sex, gender identity, racism, of class struggle, of social justice, of anti-capitalism… well, you get the idea.

What they may not get in meaningful consistency are language, math, science, social studies, computer classes – things that might come in handy once a youngster will become an adult.

School children in California were already lagging behind the rest of the country – no small feat – in essential skills. But now, not even half of the state’s children can read or do grade-level math. Not even half.

If any state is ripe for alternatives – school choices, vouchers, anything to smash this corrupt regime – it’s California.

In addition to shoveling bilge into the brains of California school children, the state is also pumping money into public schools. This is a brazen attempt to use other people’s money (meaning money the state has taken from taxpayers) to buy parents’ loyalty to the public school system.

Two recent goodies to come out of Sacramento are a “free” food program and a cash giveaway.

The state spent about $150 million last year to renovate school kitchens in preparation for this school year, when all children, regardless of income, are invited to partake in so-called breakfasts and lunches. free”. It will only cost taxpayers about $650 million a year to operate, and that’s only if kitchen workers don’t unionize and demand higher pay and the same comfortable pensions as all other kitchen workers. school receive. Or if food becomes more expensive. Or both.

The state is also spending nearly $2 billion to open accounts through ScholarShare, a state-offered college savings plan that will channel taxpayer money to low-income children and newborns. The tax-free money will be invested in a mutual fund operated by ScholarShare. This will cost taxpayers nearly $200 million a year if politicians don’t raise it.

Excessive government spending is an attempt to stem declining public school enrollment. It has fallen in the past two years and still seems to be falling. The alternatives are attractive, mainly private schools and home schooling. A California group has tried to qualify a ballot measure for this year that would create college savings accounts, letting parents decide how to spend the government allowance for each student in public school or elsewhere. The ballot measure did not get enough signatures this time, but sponsors promise to return in 2024.

All this largesse must make you wonder, where is a state that is already $144 billion in debt getting this kind of money? Well, California has a $97.5 billion surplus that Governor Gavin Newsom called “simply unprecedented.” Some of that money came from the federal government as part of “pandemic relief.” Part of it comes from you. And some have come from the censorious tech oligarchs of California. They take the big bucks and send some of it to Sacramento.

If you think the state is committed to spending that money whether or not there is a surplus, you are 100% correct. So hopefully public schools can at least teach kids to spell “tax increase.”