Analysis: The war in Ukraine severs academic ties between Russia and the West 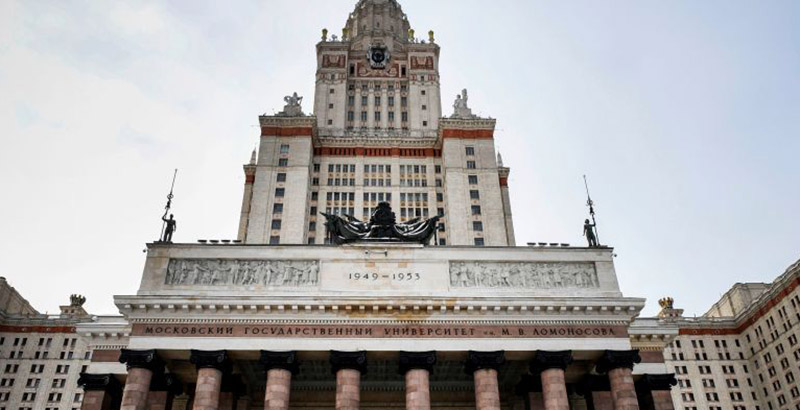 Analysis: The war in Ukraine severs academic ties between Russia and the West

Since Russian President Vladimir Putin invaded Ukraine on February 24, 2022, universities in Europe and the United States have condemned the war and completely severed ties with Russia. In the following Q&A, Arik Burakovsky, an expert on US-Russia relations, sheds light on the future of Russian-Western cooperation in higher education.

What kind of links have existed between Western and Russian universities?

Since the end of the Cold War in 1991, Western and Russian higher education institutions have formed hundreds of partnerships and cooperated on different initiatives. These activities include academic exchanges, curriculum development, joint online courses, and collaborative research projects.

Russia has worked over the past two decades to make its universities more prestigious. The Russian government has internationalized and updated its higher education system. This involved moving away from Soviet traditions and adopting European standards of higher education, in particular the transition from the five-year one-level “specialist” degree to the two-tier “bachelor-master” system.

Stay informed.
Invest in independent journalism. And help The 74 make an impact.

In their desire for global competitiveness, Russian universities have built international campuses across former Soviet countries. They also provided more opportunities for Russian students to study abroad and attracted more international students. The number of foreign students in Russia nearly tripled, from 100,900 in the 2004-2005 academic year to 282,900 a decade later.

Russian universities have opened more English-taught courses and set up joint and dual degree programs with Western universities in various disciplines. For example, the Moscow School of Social and Economic Sciences offers joint bachelor’s and master’s degrees with the University of Manchester in the UK.

What have these relationships produced?

Western and Russian students discovered each other’s cultures, languages ​​and societies. Russian and Western scientists have worked together on research projects related to outer space exploration, particle physics, climate change, biodiversity in the Arctic and many other fields.

However, as geopolitical tensions grew over time, Russian officials became concerned about what they believed were efforts “to educate young people in a pro-Western way, build a protesting electorate, and instill a hostile ideology.” Subsequently, Putin began to stifle international academic ties by imposing restrictions on them.

Russia has dissolved academic ties with the West through legislation on so-called “foreign agents” and “undesirable organizations”. The government has stepped up scrutiny of foreign funding and banned dozens of Western think tanks, charities and universities that previously worked in Russia. These banned organizations include the Atlantic Council, a nonpartisan international affairs think tank in Washington, DC, and Bard College, a private liberal arts college in New York State.

In my work at the Fletcher School of Law and Diplomacy at Tufts University since 2017, I have managed collaborative teaching, research and scholarly exchanges with universities and think tanks in Moscow, St. Petersburg and Vladivostok . I have seen students and experts from both countries gain mutual understanding of international affairs by sharing diverse perspectives and learning from each other.

These interactions were formally stopped by the university where I work on March 15, 2022, as they are now considered “morally unacceptable”.

Does Russia’s invasion of Ukraine threaten these relations?

Yes. The Ukrainian government has called for an academic boycott of Russia. Many colleges withdrew students from Russia. They also suspended scientific cooperation, severed financial ties and tightened control over donations from Russia. These movements are all part of a global wave of condemnation against the invasion.

While many university officials have urged caution about the speed of execution, some American and European universities have already frozen relations with Russia completely. Universities in Estonia and Belgium have collectively decided to suspend all ties with Russia.

The Massachusetts Institute of Technology ended its high-tech education and research cooperation with the Skolkovo Institute of Science and Technology in Moscow on February 25. The partnership, which began in 2010, was bolstered by a five-year extension and multimillion-dollar funding in 2019. Still, the program had been mired in controversy since 2018 over the sponsorship of sanctioned oligarch Viktor Vekselberg.

Many European governments, such as Germany, the Netherlands, Denmark, Finland, Poland, Norway, Latvia and Lithuania, have instructed their universities to completely cut ties with Russia. The UK announced on March 27 that it would end tens of millions of pounds of funding for all research projects with links to Russia.

What are the reasons given for and against breaking the links?

Supporters say these actions are necessary to take a moral stance against Putin. They also say they are supposed to fight corruption, reduce espionage risks, block Putin’s propaganda machine and prevent technology theft. Chris Philp, Britain’s minister for technology and the digital economy, says he doesn’t see how “anyone in good conscience can collaborate with Russian universities”.

Lawrence Bacow, president of Harvard University, emphasizes the value of academic diplomacy. He points out that “individuals are not necessarily responsible for the policies of their governments”. On March 9, the university’s Davis Center for Russian and Eurasian Studies suspended relations with Russian universities whose administrations have expressed support for the war.

How will these broken ties affect higher education in Russia?

By closing lines of communication with Russia, Western universities could unwittingly help Putin isolate Russian students and scholars. Putin wants to convince young people and academics, who tend to be more pro-Western and anti-authoritarian than the rest of the population, that there is no hope for them now that they are on their own.

Russian researchers say they feel increasingly disconnected from the West and discouraged about the future of Russian science. The Russian government said on March 22 that it would ban its researchers from participating in international conferences.

Are Russian scholars free to condemn the invasion?

A climate of fear reigns over the Russians who oppose the war. A new law punishes the dissemination of intentionally “false” information about the army by up to 15 years in prison. In his March 16 televised speech, Putin pledged to cleanse Russia of pro-Western “scum and traitors”, paving the way for harsh domestic repression.

Russian academics are unable to criticize the invasion without risking dismissals, fines, and jail time. St. Petersburg State University expelled 13 students detained during anti-war protests. While more than 700 government-appointed Russian university presidents issued a statement of support for the “special military operation” in Ukraine, nearly 8,000 Russian academics expressed their opposition to the war in an open letter condemning the hostilities.

Hundreds of thousands of members of Russia’s liberal intelligentsia and political opposition fled the country as a result of the war. They fear political persecution and conscription. As freedom of expression rapidly shrinks, some universities abroad have opened temporary teaching and research positions for Russian scholars seeking refuge.

This article is republished from The Conversation under a Creative Commons license. Read the original article.

Submit a letter to the editor