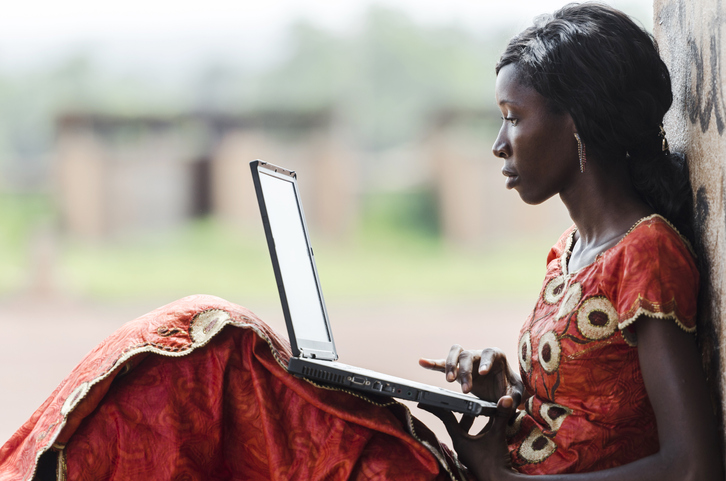 International collaboration elevates all that is vital and valuable in what universities do – and never more so than when the collaboration involves regions that may ordinarily be overlooked.

In forging new cross-border partnerships, sub-Saharan Africa is a region that no country should neglect. Its population of over one billion, 70% of whom are under the age of 30, has the potential to shape its own nation, spur innovation and move the world forward. But they face challenges. While Australia has what appears to be an incredibly high gross tertiary enrollment ratio of 116%, according to the World Bank, the figure for sub-Saharan Africa is incredibly low: just 9.4%.

Such disparities pose a serious threat to global development; when young people are denied the opportunity to access higher education, it is not just individuals who lose, but global society as a whole.

Launched this week at the Commonwealth Heads of Government Meeting (CHOGM) in Rwanda, a new partnership between the Australian government and the Association of Commonwealth Universities (ACU) promises to close that gap. The Partnership for Enhanced and Blended Learning (PEBL) West Africa aims to use blended learning to provide education and training to many more students than would otherwise be possible.

While blended learning has proven invaluable during the Covid-19 pandemic, its design and delivery can nonetheless present challenges, especially when staff and resources are already stretched thin. To address this, PEBL will bring together universities in Ghana and Nigeria with international partners such as UNSW Sydney who have particular expertise in open educational resources. Together, they will co-create quality, credited courses that can be shared and replicated at area universities.

PEBL also stresses the importance of building the capacity of West African universities to design and deliver blended learning themselves, beyond the life cycle of a given project. It builds on the remarkable success of PEBL East Africa, led by the ACU and funded by the UK government, which brought together 23 universities in the region with technical partners from the UK and Canada. A total of 11,000 students have already benefited from PEBL’s quality-assured open-source modules, co-created to meet the specific needs of participating universities. Importantly, more than 170 academics have been trained in the design and delivery of blended learning, meaning the program will continue to deliver benefits for years to come.

The fact that PEBL West Africa is being launched at a major Heads of Government Summit is not without significance. When world government leaders gather, conversations about education often focus on school reform, leaving higher education to struggle for funding and recognition. But this dynamic either/or overlooks the bigger picture, in which universities are a cornerstone of international development and of the education ecosystem as a whole.

At this year’s CHOGM, the ACU hopes to bring lasting change to that conversation. As the official representatives of higher education in the Commonwealth and on behalf of our global community of 500 member universities, we advocate for the central role of higher education in achieving the 17 Sustainable Development Goals (SDGs) of the United Nations through life-changing research. , qualified graduates and community involvement. Australian universities, such as Monash University and the University of Sydney, already have an impressive record of impacting the SDGs, but time is running out.

Just seven years away from the target date of 2030, the ability of higher education to achieve the SDGs depends on three key factors. First, universities need funding and resources to realize this potential. Second, opportunities for access to higher education must be made available to all who would benefit from them. And, third, collaboration between universities and partners around the world must be facilitated; research published earlier this year by the ACU and the British Council found that international partnerships in higher education are highly effective in advancing the SDGs, as well as bringing added value to donors.

Organizations such as the ACU provide a valuable framework for equitable international partnerships with significant mutual benefits. Nineteen African countries and eight Asian countries are members of the Commonwealth, including emerging powers such as India, Nigeria and Malaysia. A common language and parallel educational structures facilitate the practical problems of working together. Meanwhile, a thriving regional committee, chaired by Australian National University Vice-Chancellor Brian Schmidt, is helping to strengthen partnerships in the Pacific – and overseeing the ACU’s work in Australia, New Zealand and in the Pacific Islands.

The Australian Deputy Prime Minister’s presence at the Rwanda meeting this week is an opportunity for the new government to define its role in supporting development and international collaboration. In this, we hope ministers will look to universities in Australia and beyond for support and inspiration. And we hope they will do all they can to realize the wealth of opportunities that exist to harness the power of partnerships with universities across the Commonwealth.

Joanna Newman is CEO and Corporate Secretary of the Association of Commonwealth Universities.