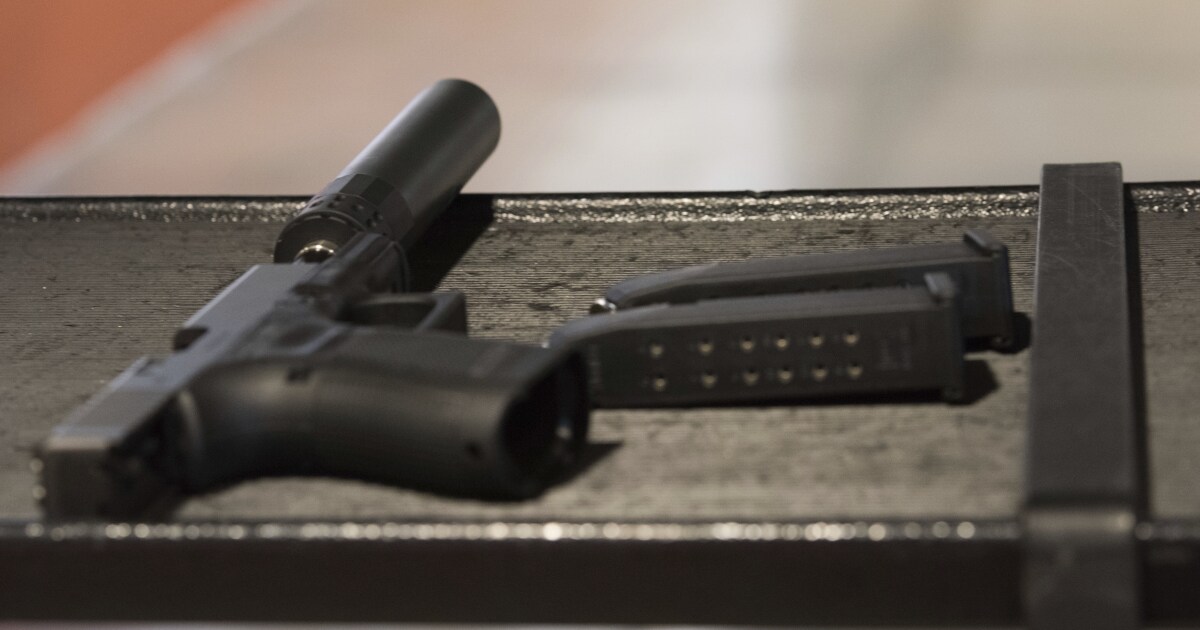 COLUMBUS, Ohio — Gov. Mike DeWine signed a bill Monday morning (the same day unlicensed transportation went into effect) that would allow any school staff member to carry a firearm in a school with just 24 training hours.

Despite the vast majority of community members testifying in opposition, DeWine signed Bill 99. Joined by the bill’s sponsoring state Representative Thomas Hall, a Madison Township Republican, and Senator Highly involved state Frank Hoagland, a Republican from Mingo Junction, the governor gave an update on his thoughts on HB 99 and other “security updates.”

“I want to take a moment to commend Ohio school officials, our teachers who have worked so hard to prevent, avert, and avert tragedies,” DeWine said. “They deserve our thanks and our appreciation.”

He wanted to show it by helping to take security measures and signing a bill that would allow school staff members to bring a gun to work.

DiMauro and more than 350 others testified against HB 99. About 19 testified in favor.

“I pledge to continue to do all we can to be a resource for teachers, administrators and other school personnel to help protect our children,” the governor said.

Many state Republicans have said it will increase public safety because many more people will have a gun on them. Many educators, law enforcement officers, parents and Democrats say it’s dangerous and a bad decision.

“If there’s one thing we shouldn’t do when it comes to doing something, it’s this,” said state Rep. Casey Weinstein, a Democrat from Hudson.

At least four of the 24 hours are to be “scenario-based” or simulated training exercises, but it’s unclear whether this should be with a live weapon. Although it is not specified how much time is required, it is necessary to undergo “tactical training on live firearms”.

The new bill also provides for annual requalification training, but it cannot exceed eight hours. That being said, the bill does not prohibit a school district from requiring additional training – it simply cannot be mandated by the state.

The bill creates the Ohio School Safety and Crisis Center within the Department of Public Safety to be operated by the Ohio Mobile Training Team, which would develop the training curriculum.

Although not initially included in the bill or sub-bill, an amendment to the sub-bill added that persons with guns must undergo a criminal background check annually.

Previously, armed teachers had to become peace officers with more than 700 hours on average of instructional lessons and firearms training. HB 99 would make it much easier for adults to carry guns in schools, relaxing regulations by more than 95%.

For context, the police receive 60 hours of firearms training, including 46 hours on a firing range. School resource officers receive the same as the police, but an additional 40 hours of indoor and range training.

Along with signing the bill, the governor announced additional funding for security. He got $100 million to use to improve the physical security of schools. Another $6 million will go to training programs to arm school staff members. Along with this, he said he was committed to supporting and expanding mental health efforts and services to address violent behavior.

Republicans also ensured that arming teachers was an option, not a requirement.

DeWine and the GOP should be held accountable when mistakes, like accidentally shooting the wrong kid, happen, Weinstein said.

“This is going to bring more guns from untrained people into a mess and ultimately more innocent people will die because of this policy,” the Democrat added.

The bill is not thought through, he added, and there are still so many unknowns.

Although the governor requires everyone to complete 24 hours of training, he says he doesn’t know how much of that training will be about holding a live firearm versus being instructed. The curriculum is under development. At this stage, a number of details have not been decided.

“Our goal is to continue to help our public and private schools get the tools they need to protect our children.”

The DeWine team said the program is expected to be complete this summer – and once it is, school boards can choose to send their staff members for training. Some staff may even be armed by mid-autumn.