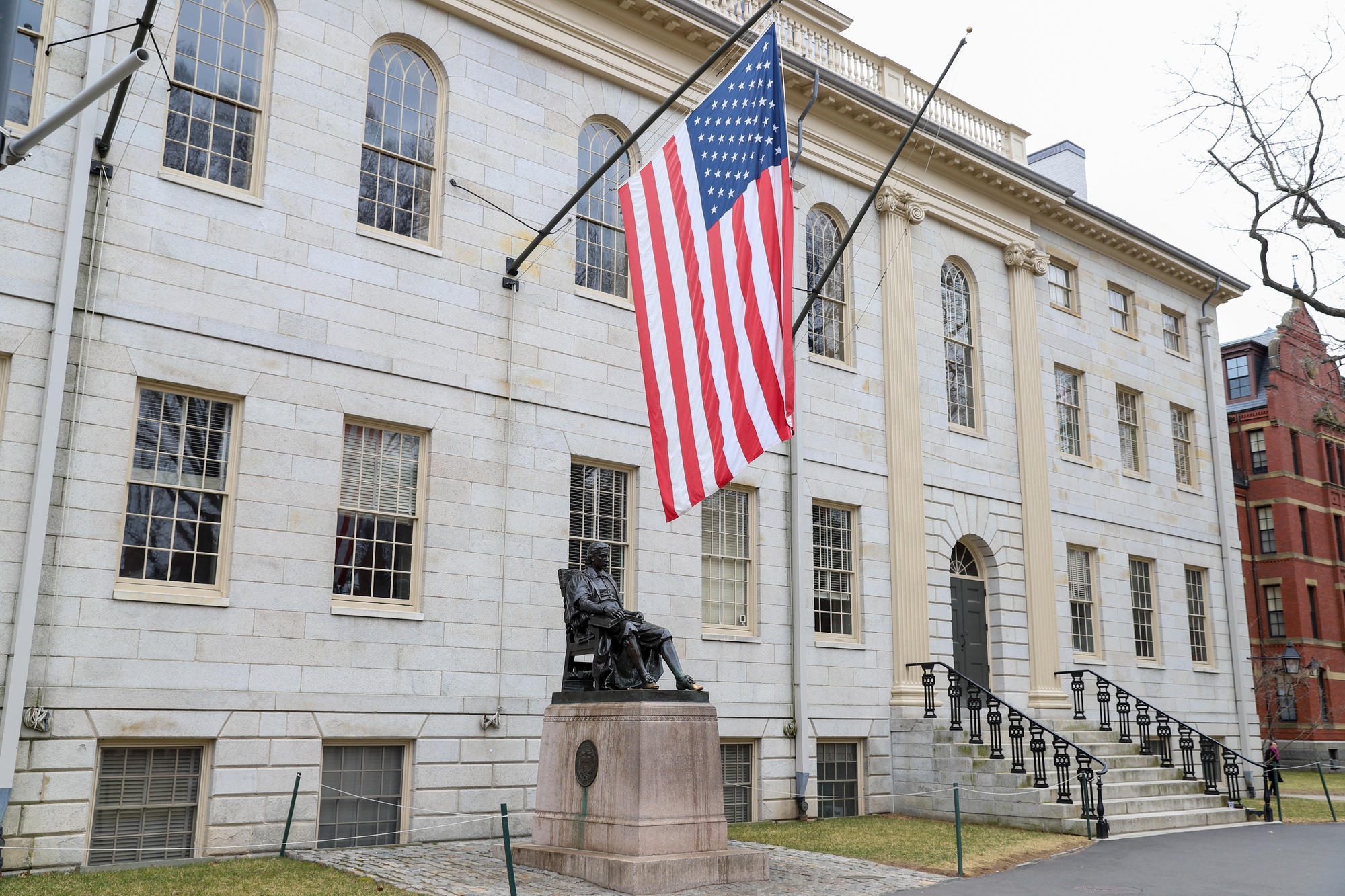 Harvard’s Faculty of Arts and Sciences voted overwhelmingly in favor of a proposal that will allow undergraduates to pursue dual concentrations at its monthly meeting on Tuesday.

About 91% of faculty voted in favor of the plan, which will allow College students to study two fields without writing a joint thesis. The policy change will take effect in the fall.

Currently, undergraduate students who want to study two disciplines must either pursue a joint concentration—which requires a joint interdisciplinary thesis—or add a secondary field of study, which has fewer requirements and less administrative support.

The dual concentration proposal allows up to eight credits – usually two courses – to be counted twice between concentrations.

The plan, which was first discussed by faculty members last month, was presented by Dean of Undergraduate Education Amanda J. Claybaugh.

Claybaugh said the change will open doors for students who want to pursue two unrelated fields, especially those who would otherwise only focus in one STEM field but have an interest in the arts and humanities or social sciences.

But some professors who opposed the plan said double majors could cause students to seek another degree on top of their degree, limiting room for electives.

“What the legislation changes is the credentials they have on their transcript,” said professor of organismal and evolutionary biology David A. Haig.

The remark drew criticism from some professors.

“With all due respect, I don’t think this is just a dichotomy between degrees and the substance of the student experience,” said Dean of Arts and Humanities Robin E. Kelsey.

Kelsey added that people who choose to pursue a secondary field are often left out of that department’s support and counseling networks.

The dual-focus plan was developed by a subcommittee formed in September by Harvard’s Office of Undergraduate Education.

The proposal also includes a five-year review, which would require the Standing Committee on Undergraduate Education Policy to analyze its impact in the fall of 2027.

Jeffrey D. Macklis, professor of life sciences, said the dual majors will allow students to have access to personalized instruction in two areas. He said the proposal will not limit room for elective courses, but will restructure them in a way “that allows for depth in multiple areas”.

Faculty members also discussed a proposal to eliminate shopping week in favor of a prior-term enrollment system, but ran out of time to vote on the plan, which will be resumed the month next.

The prior term course enrollment proposal would require instructors to plan the course schedule earlier and move advising deadlines. Students could add or remove courses without the permission of the instructor during the first week of the semester.

If passed, the proposal would be implemented by a joint committee comprised of faculty members, undergraduate and graduate students, and administrators. The policy would be reviewed by the Harvard Faculty Board – a subset of the FAS that reviews legislation before it is sent to the full body – within five years of its implementation.

The Dean of the Graduate School of Arts and Sciences, Emma Dench, spoke in favor of the proposal, saying the shopping week can be a burden on graduate students, who sometimes have to change teaching assignments. at the last minute.

But many faculty members still support maintaining some form of shopping week, a longstanding planning quirk that allows students to sample classes during the first week of the semester before formally enrolling.

German professor Peter J. Burgard called on the College to leave the shopping week in place for freshmen in the interests of exploration, but to move to a previous term registration system for students. upper class students.

“Early registration is troubling for first- and second-semester students,” he said. “They cannot be advised in the same way in the spring on the fall semester courses.”

“It’s not just a period of adding and removing in which to refine decisions – it’s an educational mandate for us to explore, a time spent discovering what courses are like, discovering ourselves about academically,” he said.

“And this culture of exploration, this uncertainty, this chaos is changing the trajectories of students in college, if not beyond,” Malan added.

—Writer Ariel H. Kim can be reached at ariel.kim@thecrimson.com.