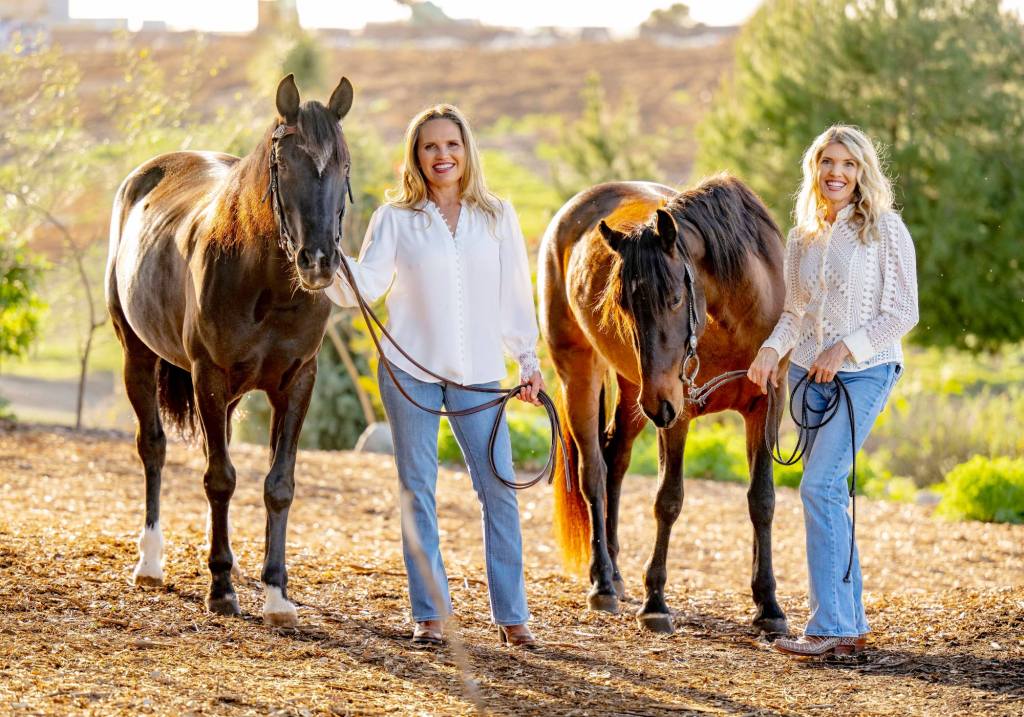 It all started with a fire.

The Australian bush burned red and the undergrowth glowed like lava as kangaroos fled into the night, their coats covered in soot. Later, volunteers applied bandages to the burned feet of disoriented koalas.

Meanwhile, in Orange County, Justine Makoff’s son worked as a busboy. Not yet 20, he was so moved by the images he saw on his social media feeds of burnt wildlife that he donated whatever he could to fight wildfires and encouraged his friends to do the same. The only problem was figuring out how to make his money have maximum impact.

By the time they were brought under control, the 2019-20 Australian wildfires had killed or displaced an estimated three billion animals and have since been declared one of the worst wildlife disasters in modern history by the World Wildlife Fund.

To say that the Wishly app was born from the ashes of this devastating event would be to oversimplify the culmination of two careers spent investing in social impact. Still, this young man’s willingness to help was the catalyst for a call between the founders of Wishly, when San Clemente-based Joanne Gonzalez-Forster said, “I have an idea.”

Gonzalez-Forster’s idea gave Makoff chills. “We started working on it the next day.”

This meant creating a 25-member advisory council made up of their children, their children’s friends, and their friends’ children. Next comes fundraising.

“We raised $400,000 from investors to create the app,” Gonzalez-Forster says.

It took a year for Wishly’s app store debut, and within two months the two managed to raise another $800,000. No mean feat, but no surprise, given their stories.

Makoff and Gonzalez-Forster met in Los Angeles when they were fresh out of college and working on the California Department of Health Care Services’ first anti-smoking campaign. Since then, they’ve been co-workers, roommates and bridesmaids – throughout her career as a marketing pro, Gonzalez-Forster raised millions for AIDS, breast cancer and autism research. Meanwhile, Makoff was launching community youth programs and facilitating the first group of inner-city teenagers to participate in the Free Rein for Equine Assisted Learning program in Huntington Beach.

Considering all of this, it’s no wonder they’re raising the next generation of philanthropists.

“We both have two millennials and two Gen Zers,” says Gonzalez-Forster. “My daughter is 27 and my son is 22. Justine is 24 and 21.” She continues to brag about Makoff’s youngest, Maddie, who dropped out of high school to become a shark conservationist. “She’s one of those big, beautiful women who jumps into white water and swims freestyle with big whites.”

Swimming with sharks might seem like an extreme example of just one individual, but the stats back it up: Gen Z is a generation of doers, willing to go to great lengths to give back. Dubbed the “philanthroteens” by author Beth Kantor in 2015, they are the first generation to be brought up online – 98% of them own a smartphone and 81% of those people are online for five to 10 hours or more per day. As bad as that sounds, the result turns out to be a generation of people who are globally connected, community-oriented, and incredibly empowered by the breadth of information at their disposal.

According to The Deloitte Global 2021 Millennial and Gen Z Survey, 52% donated to charities; 40% have volunteered and/or created social media content related to an environmental, human rights, political or social issue; and 30% participated in some sort of public demonstration.

In short, these children not only believe in their ability to affect change, they have taken responsibility for it. And in sheer numbers — Gen Z is the youngest, largest, and most ethnically diverse generation in American history — they’re leading the world to follow suit.

Which brings us back to Wishly’s advisory board. They’ve been looking at features from the ground up, brainstorming ideas — including creating collections of nonprofits to support, like and share like a Spotify playlist — and talking about how they want the app to works (quick and simple enough to hold Gen Z’s eight-second attention spans).

Figuring out how to improve the app might even have been what a few board members were doing last September when six students reported to the University of Southern California (USC) that drugs had been placed in their drinks at the house of the Sigma Nu fraternity. One of these students also reported a sexual assault. Since then, USC has suspended operations at several fraternity houses and implemented strict guidelines for Greek life, and Los Angeles Police Department officials have named Sigma Nu Chapter President Ryan Schiffilea as suspect in the assault case.

For three of Wishly’s advisory board members who attend USC, that wasn’t enough.

“They came to see us with the idea of ​​doing a campaign on Wishly,” explains Justine. “They think not enough has been done on behalf of the administration. So, they create a collection of nonprofits they want to promote, which is one of Wishly’s coolest features. And they get all the sororities and fraternities on board.

As a result, the campaign is bubbling in schools across the country, reaching beyond Greek life. “Sexual assault is, and always has been, a major problem on college campuses,” agrees Lily Ghodsi, advisory board member and sophomore at USC.

And she pushes back. Her sorority refuses to accept the pervasive “what were you wearing/how many drinks did you have/why did you go to her room” narrative that points the finger at them rather than holding the abuser responsible. In addition to the mandatory training for all students, training courses for new Greek members, hotlines and risk managers at parties that have been implemented in recent years, she hopes to see more test strips. of roofie available for students.

“I know survivors have spoken personally with every chapter of the fraternity,” says USC senior and advisory board member Lachlan Bonesteel. “I know the school required all fraternities to take sexual assault classes.” But he thinks that these bandages are not enough.

There’s a lot of stigma associated with reporting a sex crime, and advisory board member George Duncan watched it unfold in real time at USC. “I’ve certainly seen cases with my friends and peers in which sexual assaults go completely unreported, or in which they are reported but no action is taken.”

In a demonstration of how this passion project has spread beyond the USC campus, advisory board member Griffin Bonesteel, a sophomore at the University of Michigan, hopes Wishly can lead “a campaign that will raise awareness and trigger systematic change” rather than simply managing the symptoms of a diseased system.

Say what you will about Gen Z’s “overt sensitivity”. sexual assault class is like taking an aspirin when you have a brain tumor.

The collection hopes to raise $100,000 in the first month and will include three nonprofits committed to ending sexual violence – PAVE, Peace Over Violence and 1 in 6 – as part of a special launch project for the Wishly app.

Wishly is itself a social app, allowing you to make friends with people, send them messages, match their donations and share their collections, which could revolutionize not only philanthropy, but also the how we interact with each other. Imagine an app that leads with what we’re truly passionate about, beyond our favorite taco stand and the latest episode of “Succession.”

Which brings us to the brand component: corporate giving tops $30 billion a year because success in 2022 means proving to your customers that you care about social responsibility, just like they do. What better way to do this than a public campaign on Wishly that everyone can join and support?

And, yes, says Gonzalez-Forster, that means everything from the Fortune 500 to the cafe on Main Street. “We’re talking about the local boutique or the florist, or the person who does your eyebrows. They all want to show off what they do beyond their business, and they can use Wishly for that.

All you have to do is log in to Wishly. You might even be asked to tip them through the app. It’s a one-click transparent donation.

“Simplified”, says Ghodsi, “as our generation likes it!”