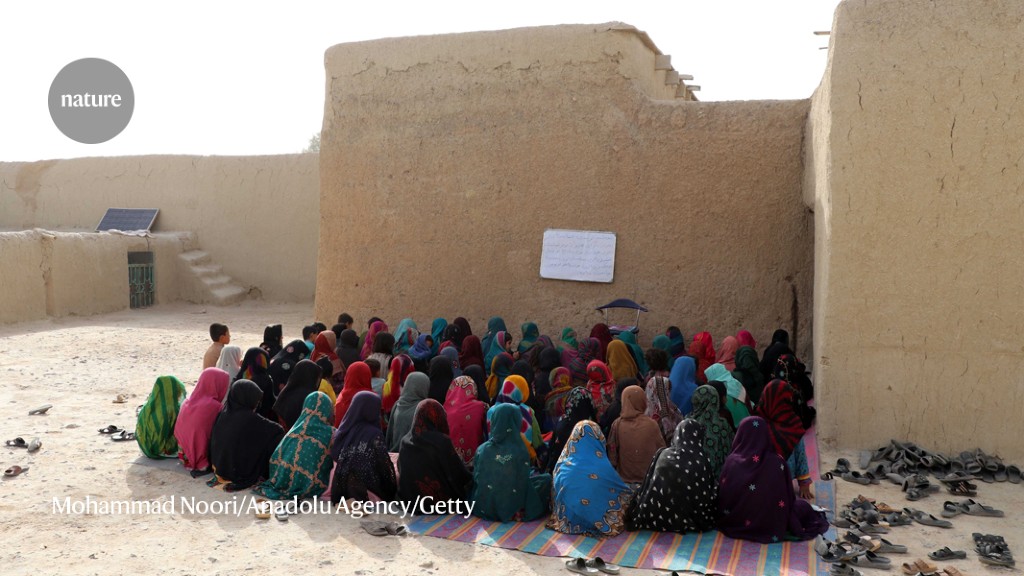 When the Taliban took power in Afghanistan last August, many rightly feared a return to the conditions of the group’s first government, between 1996 and 2001. At the time, all girls’ schools in the country were closed and women could not work. , or have a role in public life. Rape and beatings were commonplace.

For now, primary schools for girls are still open and some women are working. General prohibition has yet to return, in part because the Afghanistan of today is not the country of 2001. An explosion of knowledge, technology and job opportunities in the years that followed nurtured a generation of ambitious and capable young people. They are now in an existential fight to stop their country from turning back time. They, especially the girls and women among them, need the full support of the world – in cash, in other resources, in any way possible. Countries that chose to isolate the Taliban in protest against their repressive policies should assess the impact of this course of action and ask themselves if it worked.

The repression of girls and women by the Taliban is a daily reality. Universities are open and classes have resumed, but they are segregated by gender and women cannot officially teach men. Women also cannot be managers or supervisors in workforces that include men. It is therefore difficult for them to be professors or principal researchers. Most cannot hold positions in senior administration or technical support. Women had to take pay cuts and demotions to keep their jobs. Classes and research projects had to be halted if a male teacher or researcher could not be found, creating chaos and uncertainty for students.

And, as has been widely reported, adolescent girls are banned from school altogether. Hundreds of teachers set up informal, often secret schools so girls could continue to learn. But the reality is that unless the ban on secondary education for girls is reversed, within a few years there will be no more girls attending secondary school and no more women. will go into higher education and research.

These developments have left governments and scientific collaborators struggling with the kind of relationship they want with the Taliban leadership. Some countries, including China, India, Iran and Pakistan, welcome Afghan students and scholars of all kinds to their universities. China also funds higher education in Afghanistan, in part through its Belt and Road Initiative. Earlier this month, the Chinese ambassador to the country, Wang Yu, reportedly opened a new auditorium and teaching building at Kabul University.

By contrast, governments in Europe and North America are focusing more on essential humanitarian aid. They ended funding for research, training and bilateral scholarships (those approved government-to-government) in Afghanistan. These actions had at least two unintended consequences that need to be explored to guide future actions. The first is that the Taliban have so far firmly refused to allow older girls to study and women to take over leadership positions. Pressuring the regime by refusing funding does not seem to have worked. The second consequence is that universities have suffered because researchers can no longer collaborate as they once did with their international peers. Afghan scholars are at great risk of returning to a closed world.

Why didn’t isolating the Taliban change their behavior? What differences of opinion exist between the different factions of the Taliban, and why? Has the funding cut also severed ties with group members who might advocate a different and relatively open-minded agenda? The answers to these and other questions must be sought through systematic assessment and evaluation.

At the same time, countries should explore what more they can do to support positive developments that could lead to the future that young Afghans want and deserve. One such development is the expansion of online learning. The American University of Afghanistan, usually based in Kabul, is starting to offer courses entirely online. This allows people of all genders from across the country to access faculty members and courses at the university, which was not possible before. Some of the courses are offered by scholars who had to leave Afghanistan to start a new life abroad. Other universities could study this experience and expand the courses available.

Realistically, the Taliban could be in power for a while. The scholars who have chosen to remain in Afghanistan know this and are courageously engaging with the leadership, in an effort to demonstrate that equal rights, research, scholarship and dissent are valuable in nation building. .

As Afghan political scientist Obaidullah Baheer wrote last week in The Washington Post, it is a high-risk job. This will take time and requires global support. This support cannot come if Afghanistan is isolated by the international community, as it was in 1996. Afghanistan has changed, so it makes sense to review the global response so far and assess whether it must also change.