“I was a hairdresser in Syria, then assassins came to get me” 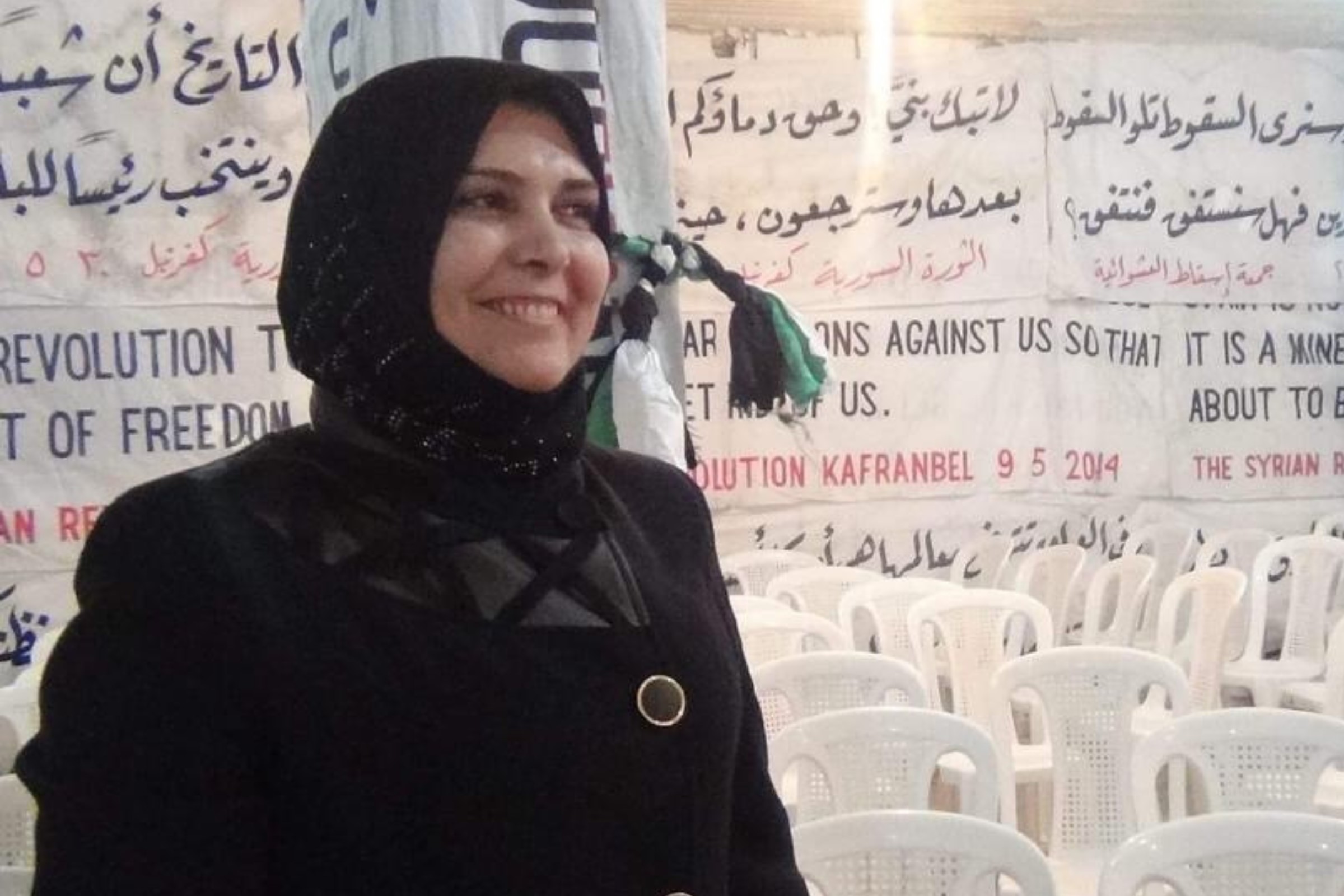 “I was a hairdresser in Syria, then assassins came to get me”

I got married at a very young age – just 15 – to a man who was 10 years older than me. It was an arranged marriage as was the custom for some families in Kafranbel, the city of Idlib, in northern Syria, where I come from. Because I got married so young, I was denied the chance to complete my education. A year before my wedding, in 1988, I had won first place in athletics and running competitions in the city of Raqqa and dreamed of competing in the national qualifiers, but in the conservative community I was living in my ambitions “crossed the red line”, so instead I got married. I had my first child Khaled in 1990, aged just 16, and had a daughter, Rahaf five years later, followed by two other sons, Mohamed and Ahmad, in 2000 and 2001.

Before the Syrian revolution, I ran a hair salon. I decided to work because I felt I needed to do something for myself and gain financial independence. Working has helped me to prevent my children and myself from being limited by the social norms in which we live. The living room quickly became a place where women gathered to discuss, share ideas and exchange opinions on our daily lives. The women were mostly housewives or students between the ages of 30 and 50. Later, younger women and teenage girls also joined us.

But after the start of the revolution and the outbreak of war in 2011, we started discussing politics and what awaited Syrian women. It was from these discussions that the idea of ​​establishing a center giving women the education, knowledge and skills they need to succeed was born. Our first gatherings took place in the basements. Women huddled together with their children, safe from bombardment by the Syrian regime and Russian forces. As the bombs fell, we talked about the future we wanted to build for women after the war.

One of the meetings took place while missiles were raining down on our city. Women started asking questions like, “What if food gets scarce? “What if hospitals were bombed and shut down?” “What if our children could no longer go to school? and “What can we do in response to all of this?” Although they were terrified, they wanted to find solutions to help us survive.

We started as volunteers in early 2013 and opened our first Mazaya Center in June 2014. The Mazaya Center for Women’s Empowerment was the first of its kind in Northern Syria. It offered vocational training, courses ranging from basic nursing and first aid skills to courses in hairdressing, sewing, weaving, economics, photography, law and journalism, as well as psychological support to the women of Idlib. I wanted to make sure my children could achieve their dreams and not be denied the opportunities I had had. In our conservative society, women were not seen as having an active role to contribute – our place was at home.

But when I created Mazaya, my family didn’t approve. My parents told me I was crazy: “You left the hair salon to do this?! How are you going to survive?” they might say. But my eldest son, Khaled, was my biggest supporter. He encouraged me to ignore the criticism and carry on despite all the risks.

As a women’s rights activist in northern Syria, my daily life is full of dangers and challenges. I have been subjected to death threats, online harassment and abuse from critics within my own society, as well as violent attacks from armed groups. In November 2014, our head office was set on fire in an arson attack by unidentified armed assailants. We lost all our gear and 5,000 pounds.

I even survived an assassination attempt. In March 2015 I woke up in the middle of the night to find my car outside on fire, it had been rigged with a bomb. It exploded as we went in to fill with water to put out the fire. Fortunately, nobody was hurt.

Recovering from this assassination attempt was not easy for me. For a long time after the incident, I lived in a state of instability and fear. I kept thinking to myself, “What if one of my children had been in the car?” They would have been hurt because of me! At the same time, I thought having enemies who wanted to silence my voice meant I was on the right track. It was then that I decided that it was necessary to expand our work to cover more areas and involve more women; we would make it harder for them to target us if we were everywhere. The assassination attempt was traumatic, but it pushed me to move on and work harder to achieve my vision.

Although we have slowly managed to earn the respect of the community, it has not been an easy journey. At every step, we have faced resistance and attack, from online Facebook trolls to armed groups bent on crushing strong women.

After my son Khaled, a journalist, was killed in a targeted attack in 2016, I decided the risks to my other three children were too great. I wanted to do everything to protect them. That same year, I made the most difficult decision of my life; I sent them to Europe on a ship in the hope that they could live a better life there. I still dream of the day when I can be reunited with them.

I stayed to continue my work with Mazaya because I felt responsible towards my team and the women we help. It’s devastating to be separated from my children, but in Europe I know they live in safety. No one will ever love them like me, but war forces you to make hard choices.

We have faced other challenges since then. Mazaya’s offices were bombed and destroyed in 2019 when the Syrian regime and Russian forces attacked Kafranbel, completely emptying it of its inhabitants. We fled to the northern part of Idlib to Selqeen town and had to start over. Getting up was so hard. Our team of over 200 people was forced to flee to different areas and we rebuilt the center again with a team of only seven people.

We set up a branch in a camp for displaced people in Barisha, where women were struggling to survive in dire conditions. I spent 10 months living in a tent in the camp to understand their suffering, which ranged from lack of privacy to lack of basic supplies. I realized there was so much work to do.

We rented a small apartment near the camp and transported the women to and from them every day. We offer them training and workshops in first aid, journalism and photography as well as legal advice and psychological support. We also work to raise awareness of women’s rights and non-violent activism.

We have helped many women learn the skills they need to earn a living. A group we trained started a small business making and selling pajamas; I am so proud of what they managed to accomplish.

Rubbing shoulders with the resilient women I meet in Mazaya gives me the strength I need to heal from all the heartbreak I have suffered in recent years. For me, Syrian women are bearers of hope, security and peace and I have great confidence in what they can achieve.

Today, I lead a wonderful team of inspirational women – each a Mazaya success story. We still have a long struggle ahead of us – the struggle for a safe and equal Syria, free from destruction, killing and hatred. I could never imagine undertaking this extremely difficult journey without them by my side.

Ghalia Rahhal is a women’s rights activist and founder of the Mazaya Center for Women’s Empowerment in Syria. Mazaya is a partner of The Syria Campaign which works to promote human rights in the region.

All opinions expressed in this article are those of the author.