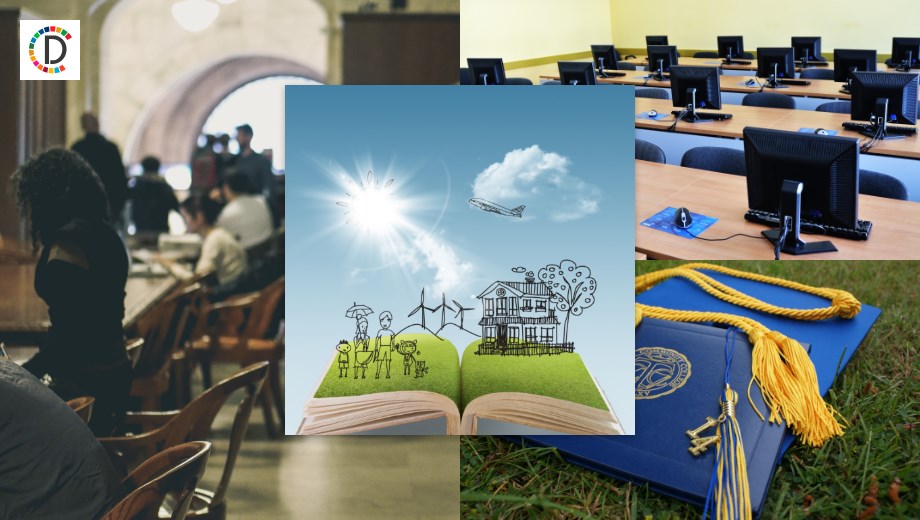 Due to the lack of adequate medical institutions offering affordable and quality education to aspiring students, they are forced to leave their home countries and pursue studies abroad and this reality has become a cause for concern when ‘Due to the conflict between Ukraine and Russia, thousands of Indian medical students have been brought back and lost their places in colleges, the Delhi High Court has said.

The High Court observation came as it granted permission to increase the number of places in postgraduate and undergraduate courses at Santosh Medical College, an institute run and managed by the Santosh Trust, officially known as the Maharaji Educational Trust.

“I also cannot lose sight of the fact that due to the lack of enough medical institutions offering affordable and quality education to meet the needs of aspiring students, they are often forced to do the choice to leave their country of origin and pursue their studies abroad.

“This reality has become a particular source of concern at a time when, due to the conflict between Ukraine and Russia, several thousand Indian medical students, who had gone to continue their medical studies in the now stricken Ukraine by the war, were rescued and brought home, also lost their places in medical schools,” Judge Rekha Palli said in a 41-page judgment delivered on Tuesday.

The court stated that one cannot possibly ask the authorities to lower the standards prescribed by the regulations, but at the same time, in a situation like this, when it turns out that an institute like the applicant , which has been operating for more than 20 years, lacking no infrastructure and has also corrected deficiencies found during initial inspections due to the COVID-19 pandemic, it would also be contrary to the public interest to deny the petitioner the authorization to increase the number of seats.

“At a time when the ratio of the medical profession to the country’s population is extremely low, an increase in the number of PG and UG seats would certainly contribute to the larger goal of strengthening the country’s medical infrastructure,” the court said.

The court overturned two orders from the National Medical Commission (NMC), represented by lawyer T Singhdev, and ordered him and other authorities to allow the institute to increase the number of seats of 4 to 7 in MS (obstetrics and gynecology), 3 to 7 in MS (orthopedics) and 100 to 150 in the MBBS course.

The court was dealing with a petition from the trust, which manages and manages a group of medical, dental, paramedical and paramedical colleges/institutions in the National Capital Region, including the petitioner which is a medical education institute, offering a course MBBS and postgraduate courses.

The petition challenged the letters of disapproval issued by the NMC rejecting the petitioners’ request to grant permission to increase the number of places at the institute in the Bachelor of Medicine and Bachelor of Surgery (MBBS) course and the postgraduate courses of MS (obstetrics and gynecology) and MS (orthopedics).

He also challenged another order by the authorities ordering a provisional inspection of the college for the maintenance of its existing recognition for 100 MBBS seats.

The court, while quashing both orders, said that these directions are only issued in light of these particular facts and taking into account that the requesting institute has already missed the first two sets of advice and any other delay to date. step would prevent him from participating in even the next Mop-Up and Online Stray Vacancy rounds of advice.

He allowed the college to participate in the remaining cycles of council with the increased seats without any further inspection.

“The fact remains that the applicant institute is an institution which has been in operation for 28 years and which has produced a considerable number of doctors for the country, which still fails to meet the aspirations of the young generation to pursue medical studies. It is the case of the defendants themselves that the petitioning institute has a valid authorization to admit students not only against 100 places in MBBS but also in different PG courses,” the court noted.

The court found valid the claimants’ argument that the complaints against him had not yet been verified by the authorities and this cannot be a ground for presuming that irregularities were committed by the college or the Trust or for deny enhancement permission. seats despite the availability of the necessary infrastructure.

(This story has not been edited by the Devdiscourse team and is auto-generated from a syndicated feed.)