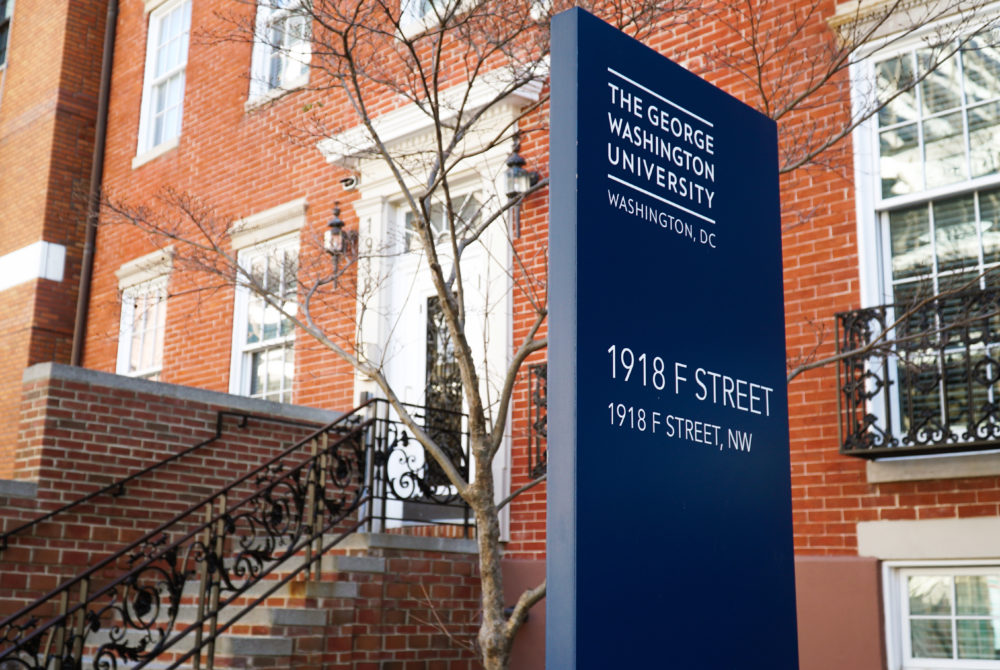 Administrators have repeatedly refused to say whether they will take disciplinary action against a professor who uttered the N-word during an anti-racism class last month, as students called for his firing.

Officials said GWTeach teacher Alicia Bitler quit teaching the course after calling her use of the N-word an “oops moment” and later apologized to the class. The university’s acting president, Mark Wrighton, and a university spokesperson declined to say whether Bitler will face repercussions for saying the N-word in the anti-racism education in STEM class, but Wrighton said the students’ injury “troubled” him after the Jan. 18 incident. in a letter he sent to some students in the class.

Wrighton said in an interview last week that he discussed Bitler’s use of the N-word with the board.

“We discussed these incidents with the board yesterday, and they are aware of the seriousness of the incidents and the concerns for the welfare of our students,” he said. “We do not comment on the actions of staff. These are completely private.

Dwayne Wright — the director of diversity, equity and inclusion initiatives at the Graduate School of Education and Human Development, which oversees GWTeach — said Bitler took time off from the University, but officials would establish a due process before dismissing her. He said the process would normally involve an investigation and a trial, both of which are “usually” governed by an employment contract.

Anti-racism class students say Bitler used the N-word in reference to Norman Rockwell’s ‘Problem We All Live With’ painting, which features civil rights activist Ruby Bridges and racial slur written in the background. Students in the class said Bitler told them she tended to use the word in academic settings.

Wright said he doesn’t think teachers should use racial slurs in the classroom in any context, and if they do, they need to be aware of the societal consequences of their actions — determined by reasoning to use the word to teach the class and the pain that students may feel in class.

“Each teacher unfortunately has to make that decision for themselves, and every teacher knows when they do something in the classroom that they might be open to public and private scrutiny, and they might be open if they decide to do it. ‘use as punishment,’ he said.

Wright said Bitler’s use of the N-word does not apply to the faculty code’s academic freedom standards because Bitler openly admitted his use of the racial slur was in error and apologized shortly. soon after.

“There was no stated educational reason to actually say the word,” he said. “It was clearly a mistake on her part, she admitted. She decided to withdraw in class because of the harm her mistake had caused to the students.

Acting Provost Chris Bracey said the faculty code, which establishes standards of behavior and expectations for faculty, is developed based on recommendations from faculty members.

“Under the faculty code, regular faculty participate in the formulation of policy and planning decisions affecting the quality of education and life at the University,” he said in an email. . “This participation includes an active role in the development, revision or elimination of program offerings in each department or school.”

GSEHD Dean Michael Feuer said GSEHD has set a “school-wide priority” to embed diversity, equity, inclusion and anti-racism in all of its courses, in a email at the end of last month.

“We are committed to strengthening the anti-racism STEM education course,” he said. “We are working in consultation with university leadership to develop and implement options for the classroom this semester and beyond.”

Feuer declined to say how Bitler was selected to teach the course.

GW’s Academic Freedom Guidelines, which provide faculty with “freedom of speech” in the classroom, do not permit faculty to speak in ways that disrupt the “academic and educational functions” of the University , according to a set of academic freedom guidelines on the provost’s office website. . There is no mention of the use of racial slurs in the guidelines and the academic freedom clause in the faculty code.

Students in the Anti-Racist STEM Education course said that after Bitler’s use of the N-word, instruction in the class was suspended for three lessons as administrators planned for the course’s future. Students said they had the choice of a new instructor, guest lecturers, or independent study for the remainder of the course.

Faculty may also “enjoy freedom of investigation,” according to the academic freedom clause of the faculty code.

Higher education experts have said professors should refrain from using racial slurs and sensitive language in class except for educational purposes, and should issue trigger warnings to students in class who could be affected by language.

Jamel Donnor, associate professor of American and African studies at the College of William and Mary, said that if teachers were to use very sensitive language in the classroom, they had to be prepared for the consequences that come with it, such as the withdrawal of class or university. He said higher education institutions are becoming more racially aware, following the recent racial reckoning that has accompanied the Black Lives Matter movement and other racial movements across the United States.

“It’s getting harder and harder for teachers to feign ignorance when there’s so much out there,” he said.

James Turk, director of the Center for Free Expression and a distinguished visiting scholar at Ryerson University in Toronto, Canada, said professors should avoid using harmful language without academic “justification”, as in the case of Bitler.

“It’s never acceptable to use these kinds of words gratuitously, even descriptively, that is, given their emotional charge,” he said.

This article originally appeared in the February 14, 2022 issue of The Hatchet.