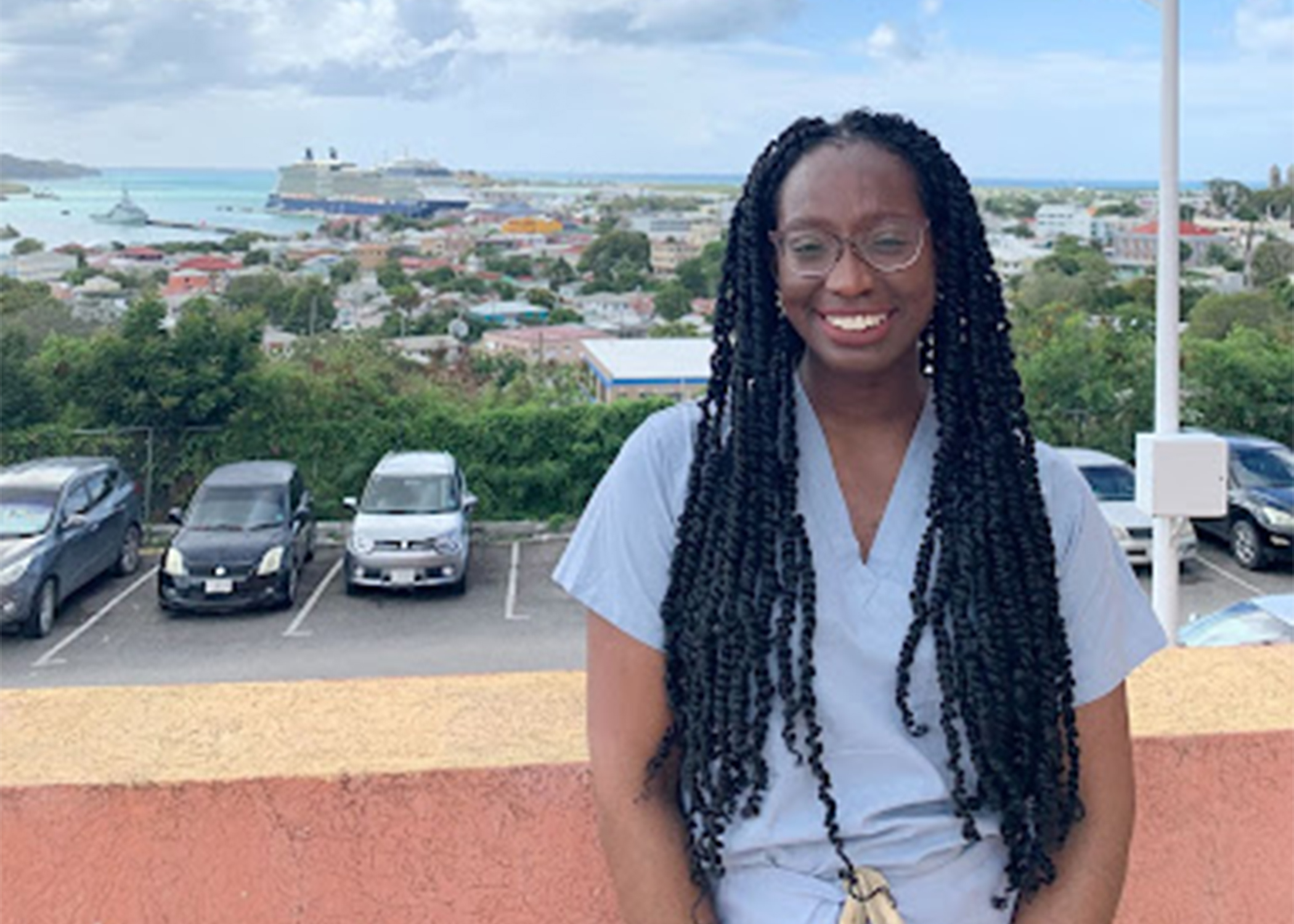 A medical student from Oakland University’s William Beaumont School of Medicine recently spent five days on a neurosurgical outreach mission in the Caribbean — after months of coordinating the entire excursion.

Ashley Williams, M4, has been involved through her role on the board of directors of the Caribbean Neurosurgery Foundation Inc., a Florida-based nonprofit organization that supports timely and equitable access to high-end neurosurgical care for underserved populations. most vulnerable in the Caribbean.

Many of the most vulnerable populations are in places like Antigua and Montserrat, small island nations that don’t have neurosurgeons.

Additionally, Williams, from the island nation of Dominica, says she has a personal connection to the mission.

“Five people in my family have died of hemorrhagic strokes, four of whom died in Dominica where there are no neurosurgeons,” she says.

Williams grew up in Stafford, Va., and says she wanted to be a doctor from the age of four.

His post-secondary education began with pursuing an undergraduate degree at the College of William & Mary. She then transferred to Howard University, where she earned a bachelor’s degree in biology and biological sciences.

Williams says she was particularly drawn to OUWB after interviewing at the school and seeing that the school “cares deeply about developing physicians who are compassionate and have made service to the community and to others a part of their career”.

At the same time, Williams maintained her commitment to helping people in the Caribbean, primarily through the Caribbean Neurosurgery Foundation (CNF).

“The CNF was contacted by the chief medical officer of the country of Montserrat,” she said. “They asked us to visit and serve patients who otherwise might not have access to neurosurgical care.”

The team consisted of attending neurosurgeons, two residents, two nurse practitioners and Williams. In addition to Montserrat, the team also worked in Antigua.

Williams’ role in the process was important: she coordinated the entire trip, from the case adjudication process to the lunch delivery.

“I spoke with the chief medical officers of both countries, their government teams, the chief medical officers of the hospitals we visited, the directors of surgery and the directors of nursing,” says Williams. “I oversaw the patient referral process, clinic/operating schedules, and creation of on-the-job courses. Of course, local doctors, visiting doctors and the administrative team of each hospital actively participated in every step.

Williams says the experience in Montserrat/Antigua — in addition to Williams’ previous work related to international health in Sierra Leone, West Africa, Nicaragua and Thailand — allowed her to pursue a master’s degree in public health. .

Williams will soon begin her studies at Columbia University Mailman School of Public Health in New York, New York. The accelerated program is designed to be completed in one year. When she finishes at Columbia, Williams says she will return to OUWB for her final year of medical school.

Ultimately, Williams says she looks forward to a career that includes building neurosurgical capacity in Caribbean and other low/middle income countries by improving education, training, infrastructure and partnerships with other institutions.

“It was inspiring to think critically about gaps in health systems, address acute neurosurgical needs, and help shape the blueprint for long-term health system development,” she says. “I aspire to have a career that makes neurosurgical care accessible to marginalized people.”

Because the trip to Montserrat and Antigua was in April, and when Williams had her internal medicine rotation, she had to get special clearance from OUWB officials.

Pierre Morris, MD, associate dean for clinical education, OUWB, says Williams was granted the time off, in part because OUWB has “a mission to promote global health initiatives/experiences for our students with the goal of broaden their understanding of healthcare challenges and activities globally.

“OUWB also has a very strong commitment to encouraging volunteerism among our students, especially in areas of greatest need – in this case, the need is in Montserrat,” he says.

Williams says “it’s phenomenal” to feel so supported by the OUWB.

“Our school finds that opportunities for students don’t always line up with winter holidays or other weeks off,” she says. “It is very encouraging that our school supports innovation and collaboration. »

To request an interview, visit the OUWB Communications & Marketing webpage.

NOTICE: Unless otherwise specified, all articles are published under a Creative Commons Attribution 3.0 License. You are free to copy, distribute, adapt, transmit, or make commercial use of this work as long as you credit William Beaumont School of Medicine, Oakland University as the original creator and include a link to this article.