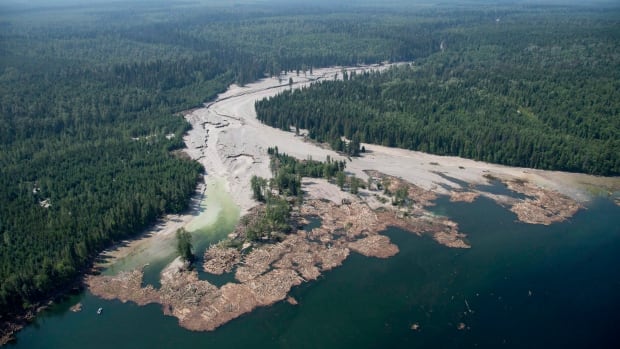 Engineers and Geoscientists British Columbia (EGBC) has imposed a collective fine of $226,500 on two engineers involved in the Mount Polley mine disaster who are no longer working in the industry, along with a brief suspension and required training for a third engineer.

The regulatory and licensing body for the engineering and geoscience professions in British Columbia said on Friday it had concluded its disciplinary proceedings against Stephen Rice, Laura Fidel and Todd Martin, in relation to their work at the Mount Polley mine in central British Columbia.

“This marks the final chapter in a long and difficult history for our province and our professions,” EGBC CEO Heidi Yang said in a statement.

On August 4, 2014, a breach occurred in the tailings storage facility at the gold and copper mine, resulting in the spillage of 24 million cubic meters of mine waste into Quesnel Lake, Hazeltine Creek and other rivers in the region.

An independent report on the disaster said the dam was built on a sloping glacial lake, weakening its foundations. He said the dam’s inadequate design did not account for drainage or erosion failures associated with glacial till beneath the pond.

The panel found that both Rice and Fidel demonstrated a lack of professionalism in their work at the mine. Rice was censured for failing to properly supervise Fidel, the more junior and inexperienced engineer – and allowing Fidel to act as the official engineer for the dam’s tailings storage facility.

The EGBC reported that a disciplinary hearing panel imposed a maximum fine of $25,000 on Rice, who resigned in 2018.

Rice also agreed to pay $107,500 in legal fees to the association and is no longer licensed to practice as a professional engineer in the province.

The lack of site visits and monitoring of seepage flows allowed dangerous conditions – the instability of the embankment – to go undetected, according to the EGBC.

Fidel also failed to ensure that an excavation left unfilled in the embankment was assessed for stability – and failed to properly review design drawings.

On Friday, the EGBC announced a two-month suspension of Fidel’s registration as a professional engineer.

EGBC also announced fines on Friday for a third engineer who worked at the mine, Todd Martin.

During the disciplinary process, he admitted that “some aspects of his engineering work were not in accordance with prudent engineering practice”, related to the stability of the embankment, and that he was unprofessional in certain aspects of his conduct related to record keeping. , according to the EGBC.

He said Martin stopped practicing engineering in 2018 and resigned his engineering license in January 2020. He is no longer licensed to practice professional engineering or geoscience in British Columbia, said the EGBC.

Criticism of the discipline

Ottawa-based MiningWatch Canada, which campaigns for environmental and social responsibility in the mining industry, has repeatedly criticized penalties and fines related to the disaster as being too lenient.

He said the company that owns the Mount Polley mine – Imperial Metals – has not faced any disciplinary action from Canadian governments, and two lawsuits filed to hold the company accountable have both been dismissed.

The EGBC said on Friday the years-long investigation of engineers working at the site had resulted in safety improvements for the entire industry.

“The conclusion of these cases, combined with the resources we have developed to improve dam safety, will strengthen our professions and our province’s environmental protections,” Yang said.

The province said it also made significant changes to the Mining Act in 2020 to better hold companies accountable, including creating a unit to verify mining regulations.

Imperials Metals said it is preparing to reopen the mine over the next year and is complying with provincial legislation to do so safely.