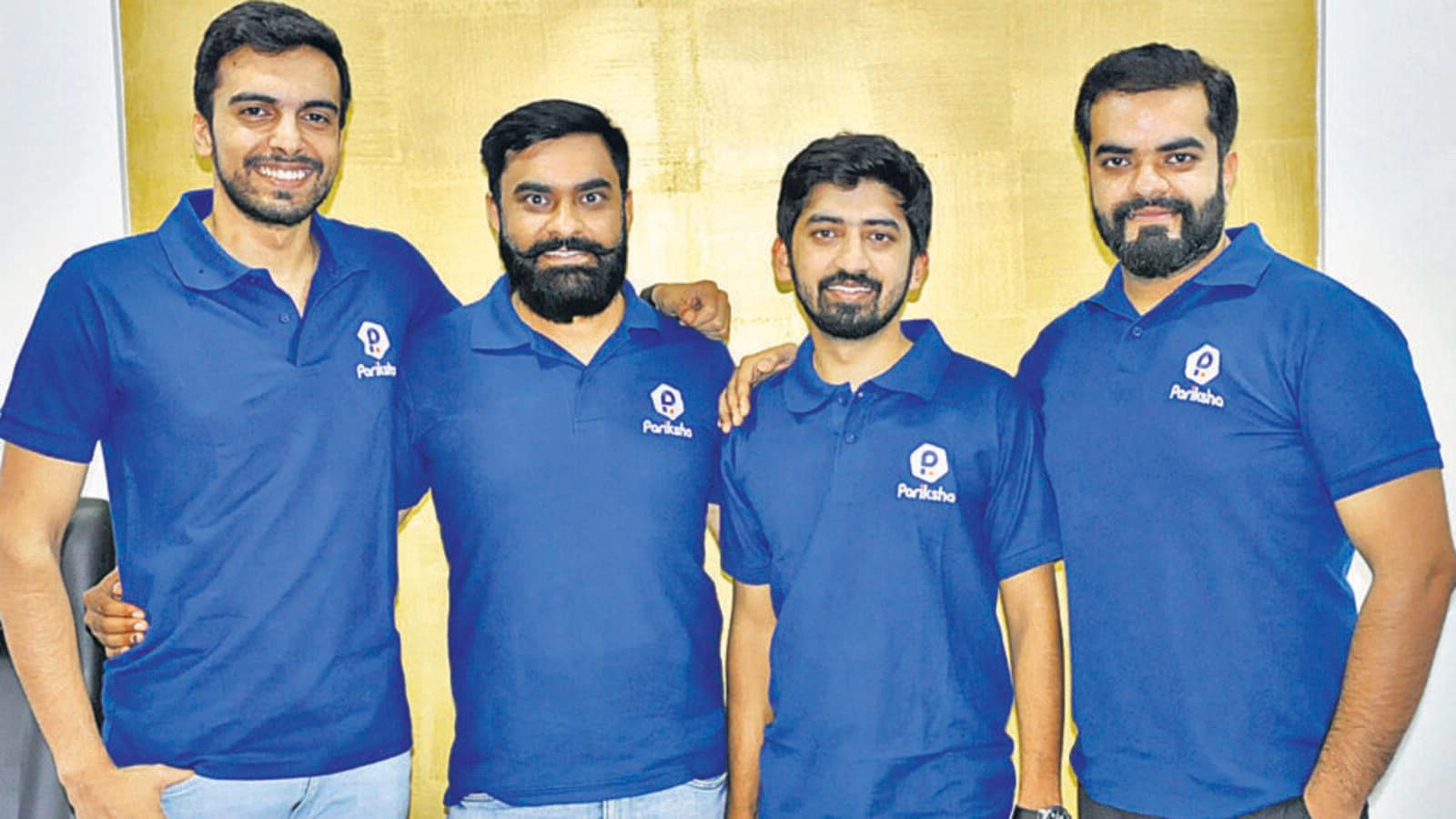 Initially launched as a B2B software-as-a-service (SaaS) platform for on-campus internship preparation, ed-tech company Pariksha (KnocTowl Technologies) had to pivot in just three years to a B2C model offering achievement-based education in regional languages ​​for students aspiring to state government job competitions and exams. The company, founded in 2015 by graduates of Symbiosis University and IIT Kanpur, solves the challenge of accessibility and affordability for early adopters of mobile internet in rural and semi-urban parts of the world. ‘India.

The idea for Pariksha was born from the personal experience of the founders, Karanvir Singh with his co-founders Utkarsh Bagri, Vikram Singh and Deepak Chaudhary. It was launched Pariksha in 2015.

Karanvir says, “I come from a defense background. My school education took place mainly in small towns. Although I was lucky enough to be in a military school, I also saw and felt the pain of young children in small towns who could not afford an education because other public schools did not lacked appropriate infrastructure and pedagogy was outdated. Later, I came to Pune to pursue higher education and completed my law and MBA courses at Symbiosis. Impressed by this dynamic and young city, I decided to make Pune my “karmabhoomi”.

“I met my co-founders at IIM Ahmedabad. I had gone as a jury for the annual ‘Master Plan’ business plan competition in December 2012. Utkarsh, a chemical engineer from IIT Kanpur wanted also do something in education. Education has always been close to my heart and so I shared my idea with him. Utkarsh was pursuing his studies and so we created our startup from IIT Kanpur. We We started developing our product. In 2015 when Utkarsh graduated, Deepak also graduated in Computer Science from IIT Kanpur and my brother Vikram joined our team. We all moved to Pune,” Karanvir recalls.

“We thought we were a good team. I handle business and fundraising, Vikram handles marketing and sales, Deepak handles technology while Utkarsh handles product and design,” he added. .

In its first avatar, Pariksha provided a SaaS platform to over 280 engineering schools including all IIT, BITS, NIT alumni for on-campus placement preparation.

Sharing the first experiences of his entrepreneurial journey, Karanvir said, “I had bought the Pariksha estate in 2010 at an auction. Pariksha is a very commonly understood name. Most people would understand that it has something to do with exams so we didn’t have to spend on educating our target market. »

“Initially, we wanted to build a SaaS platform for coaching institutes. When we talk about exams, there are hundreds of coaching institutes for all kinds of exams in every corner of India. At that time, no exams were conducted online except GMAT, GRE, etc. On the other hand, technology adoption was increasing. We realized that soon exams will be held online, and when that happens, coaching institutes will need some kind of software to organize these exams for their students. We sold our first SaaS subscription to a JEE entry coaching institute in Indore for ₹50 lakh. We thought we had a good product, a good team, the market demand is there and we also have a paying customer.

“Based on this immediate success, we thought of raising funds from angels and VCs. Most investors said the idea was good, but none invested. They felt that the market size was lower because few institutes and classes would be able to afford to pay ₹50 lakh. So, from their point of view, our startup would end up becoming a ₹500-1000 crore business, but not a “unicorn”. After that, some of our supporters advised us to pivot.

When it comes to the people of India, B2C is a bigger market, but the Pariksha team came late. There are three segments of test preparation markets, the first one is college entrance exams (like JEE/NEET/CAT), the second segment was central or national government job exams (like UPSC/Railway / Banks) and the third segment was state government job exams. . The first two segments were targeted by other ed-tech startups.

Says Karanvir, “When we researched, around 7.5 million people in India prepare and sit for state government job exams every year. We were excited by the numbers, but then we thought why other players wouldn’t cater to such a large market?When we researched this segment further, we realized that it was a tough market as the program or content and language changes in each state We thought it was a challenge as much as an opportunity for us.

“State government job exams are a need-based market. Coaching institutes were only present in a few major cities in any state. Students had to relocate and incur additional expenses for their stay, institute fees and other expenses. This is a huge cost to students apart from their opportunity cost. By the time we decided to pivot, internet data had become cheap and Android mobile devices had also become affordable, so we thought, why not provide the best coaching institute experience to these students through a mobile app at a quarter of the cost, so they don’t have to leave their village and their livelihoods. The biggest issue we are trying to address is affordability and accessibility,” Karanvir said.

“The idea for Pariksha was our own journey,” says Karanvir. “Preparing for contests is a very boring and lonely process. Moreover, no two students are the same. Their observation, understanding, etc. different. But in the traditional teaching model, one type of content is offered to all students. Previously it was the Gurukul system, now replaced by sophisticated classrooms. We thought we could use technology in a way that made life easier for students and learning enjoyable.

Pariksha mobile app was launched in May 2018 in Indore, Madhya Pradesh. “We wanted to understand the market and it was easy for us to launch it in Hindi. The free version of our app got a very good response. In December 2018, we launched our paid services,” Karanvir informed.

Pariksha is now a 105 member strong team. “We always hire like-minded people as it is very important to align with our goal of providing access and affordable education to students in rural areas of India. Not only have we improved the educational content, but we have also standardized it,” says Karanvir.

“Education is empowering and a great equalizer. We democratize education by bridging the gap between urban and rural, rich and poor students. We believe the next wave of growth will come from the local level. The next 50 million Internet users will consume content in regional languages. At present, we only handle state government exams, but in the future, we will also offer preparatory courses for state or central government exams. These review courses will be offered based on demand from our existing users,” Karanvir said.

While thousands of students appear for state government competitions and exams, very few are actually selected for the positions. According to Karanvir’s estimate, these aspirants take 5-10 years to prepare for these exams, but only 0.5-1% of them actually get the job in the civil service. So what happens to those who fail these exams or are hit with an age limit? Considering this, Pariksha has launched refresher courses like Spoken English, Digital Marketing, Web Design, Graphic Design, etc. in regional languages.

Karanvir said, “Most of the courses are available on the internet, but they are either in Hindi or English. We believe that conceptual understanding is better in regional languages ​​and that’s why we started a spoken English course (from Marathi to English) 2 months ago in Maharashtra. A similar course is now launched for Telugu to English. We will soon be launching the Malayalam to English course.