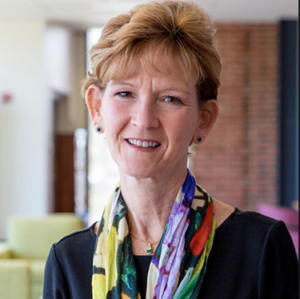 Senator William M. Stanley, Jr. and others congratulated outgoing Director Jackson for her many accomplishments, leadership, and vision over the past three years, during which she established numerous programs and initiatives; forged new partnerships that will carry NCI into the next decade; and led NCI through the unprecedented global COVID pandemic, revising standard operating procedures along the way.

“When I asked Secretary Jackson to join the NCI as Acting Director in 2019, I knew we were getting an experienced hand to effectively navigate a state agency like ours. Karen has exceeded any expectations I had for her leadership during her tenure at NCI, and she has taken this institute to the next level by providing unique educational experiences and opportunities for our students, while being a leader in certification training for emerging students. technology industries,” shared Chairman of the Board, Senator William M. Stanley, Jr. “Karen Jackson has also been an incredible partner in working with our state government agencies and the General Assembly to solidify the position NCI’s standing as an integral part of Virginia’s system of delivering higher education to its citizens. His hard work and dedication left a lasting and permanent impression on the future of New College Institute, and his tireless efforts will never be forgotten. Southside Virginia is forever grateful for their service. He continued.

Prior to his time at the NCI, Jackson served in the McAuliffe, Kaine, and McDonnell administrations; had been a leader in advancing Virginia Internet technology, cyber, broadband access to rural and underserved areas; and was an integral part of Virginia’s efforts to land Amazon HQ2. Jackson, a native of Poquoson, VA, is the President of Apogee Strategic Partners, LLC, a firm specializing in providing technology consulting and advisory services to businesses, universities, government entities and non-profit organizations. , specializing in technology and business strategy, government public relations, public policy, business development and program management. Jackson was elected Chairman of the Board of the Unmanned Systems Association of Virginia in 2020.

Under Jackson’s leadership, NCI underwent a marketing overhaul of its logo and associated materials, as well as the creation and implementation of a more attractive, informative, and user-friendly website. She made staff additions that produced long-term employees dedicated to NCI’s mission to serve the Southwest region. Additionally, Jackson developed public relations strategies, as well as created and renewed relationships with technology and community organizations to further promote NCI’s vision and mission.

Partnerships with Siemens Gamesa, Dominion Energy and the Global Wind Organization (GWO) have brought GWO-certified training to NCI’s state-of-the-art Innovation Center in Martinsville, making NCI the first in Virginia to invest in and achieve GWO certification. NCI is also one of the few training centers in North America to offer both basic safety training and basic technical training. Thanks to Jackson’s vision and determination, Virginia is a leader in wind energy industry training, and NCI is one of Virginia’s premier wind energy training centers. Other training opportunities include OSHA, certified production technician, metrology and CNC operator training.

Jackson was instrumental in coordinating a way for the community to take advantage of NCI’s first-class training equipment through the creation of an OpenLAB experience, making much of the training equipment of the innovation center now accessible to the public.

Jackson has created and strengthened valuable partnerships with colleges and universities in Virginia, such as the Institute for Innovation and Entrepreneurship at Old Dominion University; The School of Continuing and Professional Studies at the University of Virginia; Bluefield College Counselor Education Program; and Radford University Master of Science in Strategic Communication – bringing more programs to NCI, which provide more higher education opportunities for Southwest VA.

Jackson has secured nearly $3 million in grants and supplemental funds to fuel multiple training and education initiatives. One was from the Claude Moore Charitable Foundation to seek the development of healthcare programs that will educate and train individuals to fill in-demand positions while simultaneously strengthening the healthcare workforce in Southern Virginia and throughout the Commonwealth.

With Jackson at the helm, enrollment at NCI’s Southside Telehealth Training Academy and Resource Center (STAR) grew more than 100% and trained 9,322 participants from more than 40 states and countries.

Jackson’s dedication to COVID recovery enabled a quick and successful reopening of the Baldwin Building for community events hosted by NCI, NCI partners, and private facility rentals. Since its reopening, NCI has welcomed more than 10,000 visitors to the building.

During the pandemic, Jackson shared COVID resources by relaying relevant information to the community through the NCI website; and partnered with Piedmont Community Services and Canon Virginia, Inc. to create and donate face shields to essential workers in the community. In the absence of live motorsports, Karen started an eSports program that brought in Martinsville native and iRacing driver Josh Williams as the eSports program coordinator, engaging students of all ages in eSports competitions and careers. related in STEM disciplines.

Rotating exhibits from the Smithsonian SITES are now on display at the Baldwin Building. Vytal Studios will create several virtual and augmented reality experiences for NCI. Patrick & Henry Community College and NCI will partner to develop computer science education made possible through an investment from Google.

As the search for a new executive director continues, the board has named NCI’s deputy director of finance and operations, Christina Reed, as interim executive director. “I am honored to have the Board appoint me during this transition. I thank Karen Jackson for all the “out-of-the-box” programming via COVID and the mentoring and leadership she provided to me during her tenure at NCI. As a first generation college graduate, I believe in higher education and the need for accessibility and affordability for the citizens of our region. I am delighted to assist the Board of Directors in their search for a permanent Executive Director and in pursuing NCI’s future progress,” said Reed.

Reed joined New College Institute in 2011 after working for The Harvest Foundation for seven years. Reed’s role with NCI began by focusing on accounting and finance-related needs, but she also brings experience in a variety of operating areas and strong relationships with NCI’s partners. Reed received his Associate’s degree from Patrick Henry Community College and a BS in Accounting from Averett University. In addition, she has completed several continuing education courses and various other training and leadership programs. His long-term relationship with the New College Foundation, more than a decade of service to the state, and existing relationships with NCI partners are just a short list of the traits that make Reed a strong leader who stands committed to continuing the mission and service of the NCI to our community. .