These Vancouver high school students noticed a gap in teaching coding. So they filled it 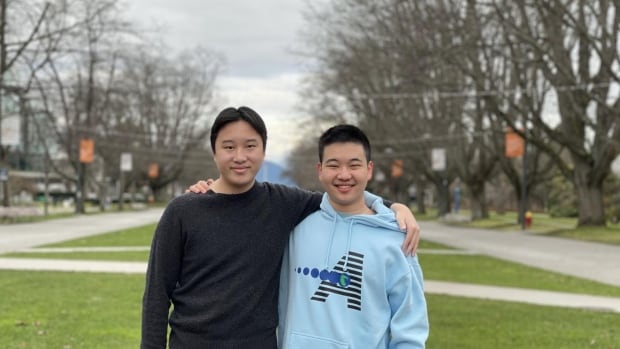 These Vancouver high school students noticed a gap in teaching coding. So they filled it

“I was able to enjoy all these really fun new coding lessons, but knowing that they weren’t available to other kids who had similar interests to learn.”

As the COVID-19 pandemic triggered lockdowns in March 2020, Ma was looking for something to occupy her free time. With his friend Kevin Guo, he started the Coding Pals Foundation, a nonprofit service that provides coding training to students who otherwise wouldn’t have the opportunity.

High school students with coding skills volunteer their time to teach online to other students, primarily in British Columbia, but also in other cities across Canada.

Without having basic coding skills, Ma said, it’s impossible for young people to know whether or not they want to pursue a post-secondary computer science education.

“The primary focus is to kind of address the vast educational disparities within the BC school system,” he said, adding that coding skills are becoming more and more important.

“I think we’re in a world where technology is really, really taking over. And, I guess, coding, I feel like it’s just a really, really important skill that just isn’t truly democratized and made available to everyone. “

Through word of mouth and sharing their program on social media, Ma and Guo were able to bring together 100 students for their first class in 2020.

Since then, 25 instructors have joined the team and over 1,400 students have signed up for the program.

“We have received an overwhelmingly positive response from our community, and many students and parents have contacted us to tell us how much they enjoyed our classes and learned a lot from them,” Guo said.

One of the students who signed up was eight-year-old Natalie Liu, who is in grade 3 at Renfrew Elementary School in Vancouver.

She said she was introduced to coding in first grade when she started playing computer games and can now learn to make her own games.

Natalie said her instructors have been patient with her as she learns the basics.

Her mother, Tammy Tan, said she appreciated the fact that the classes were free, which gave her daughter a chance to try something new without the risk.

She said she has four kids and it wouldn’t necessarily be affordable if they all wanted to take coding lessons.

Anthony He, a grade 9 student at St. Patrick’s Regional High School, has also taken classes through the Coding Pals Foundation.

“I like to create things when it comes to computers. I also like to create YouTube videos. I edit a lot. I thought the coding would be quite useful for that,” he said.

His mother, Chris Gui, said the fact that the classes were taught by her son’s peers made them less traditional and more fun.

“I feel like Anthony was more engaged and involved in the class,” Gui said.

Eventually, they want to do the same with schools across Canada.

Now in his senior year at St. George’s School in Vancouver, Ma has said he plans a career in education once he finishes high school next spring.

He plans to continue teaching a few courses and training younger students to oversee the day-to-day operations of the foundation while remaining involved in larger decisions by serving on the organization’s board of directors.