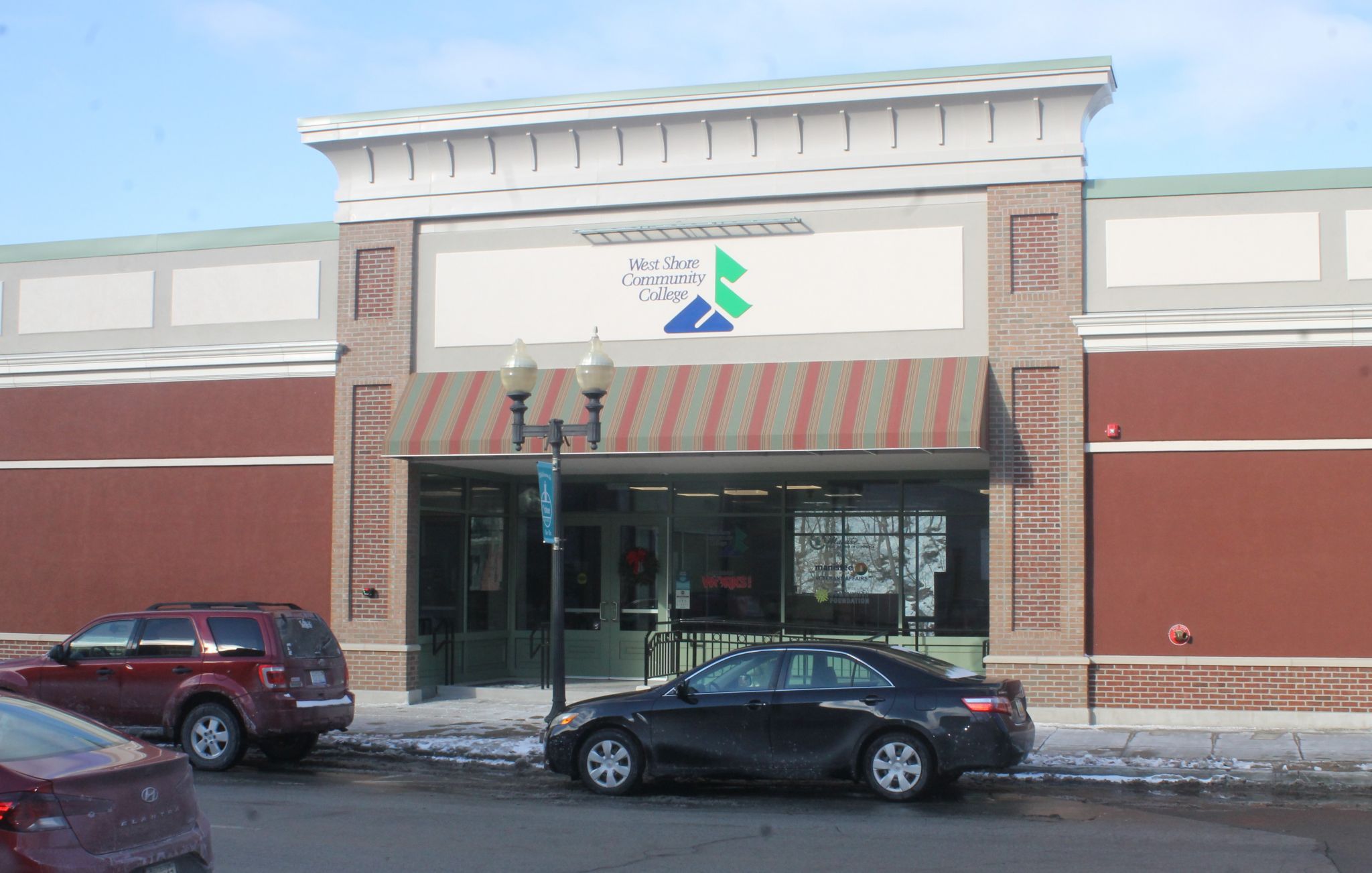 Mark Kinney, vice president of academics and student services, said the WSCC is still working to determine which classes are best for the building and the community.

Kinney said there was an element of trial and error in determining which classes to hold in the Manistee building.

“We started the year with a business skills certificate that we were in the process of putting in place,” he said. “Some of these classes worked, but some didn’t – we just didn’t have enough enrolments.”

In addition to deciding which classes are desired by community members, Kinney said determining the best times to hold them is also a challenge. A 200-level management class, Directors of Management, was originally scheduled to be held this semester on Mondays and Wednesdays at 8 a.m., but was canceled due to a lack of enrollment.

“We’re still trying to figure out what hours work,” he said.

“We scheduled classes at 8 a.m., thinking that students who were going to high school could enroll there because they could kind of stop there on the way, take the university course and go to high school at From there . . But, we haven’t had a lot of enrollment in the 8 a.m. class,” he said.

In a previous interview with the News Advocate, WSCC President Scott Ward said the college opened a facility in Manistee to help ease some barriers to education and make it accessible to more people.

“Some of the biggest barriers to success are housing, transportation and lack of child care,” he said. “By moving some of our classes (to Manistee), it helps reduce at least some of them – not just for Manistee residents, but in the northern part of the county. children or certainly reduce some of the transportation effort.”

Kinney said the college tried to select courses that would be helpful to as many students as possible, regardless of major.

“Right now we have a math class, an ethics class, and an English composition class: English Composition 2,” he said. “These are general education types of courses that will apply to a wide variety of degrees, and then we also offered a drawing course there, just to try and get some art in that to see how it goes.”

Ken Cooper of Manistee teaches the drawing class. Kinney said the WSCC was pleased to be able to engage Cooper’s services.

“He’s got a hell of a resume. If you Google his name, you’ll get some of the extensive work he’s done,” Kinney said. “We’re really excited about this one. We’re hoping that maybe even putting a well-known kind of artist in the class will attract attention and people will want to follow the class even just to learn from him. We have 12 signed up for that one right now, so that one is doing pretty well.”

Cooper was also excited about the opportunity.

“I’m excited to be able to teach drawing at the brand new WSCC facility, and I’m thrilled to be the first art instructor in what I hope will be a growing college presence at Manistee,” he said. stated in a press release.

“They bounce back,” Kinney said. “We have two of our full-time faculty whose regular jobs are here on campus who actually go to Manistee and teach there. Matt Sanderson and Sean Henne are both full-time faculty and then Margaret Warman is an assistant for we.”

Kinney said the college welcomes community feedback regarding classes to be held in the Manistee building.