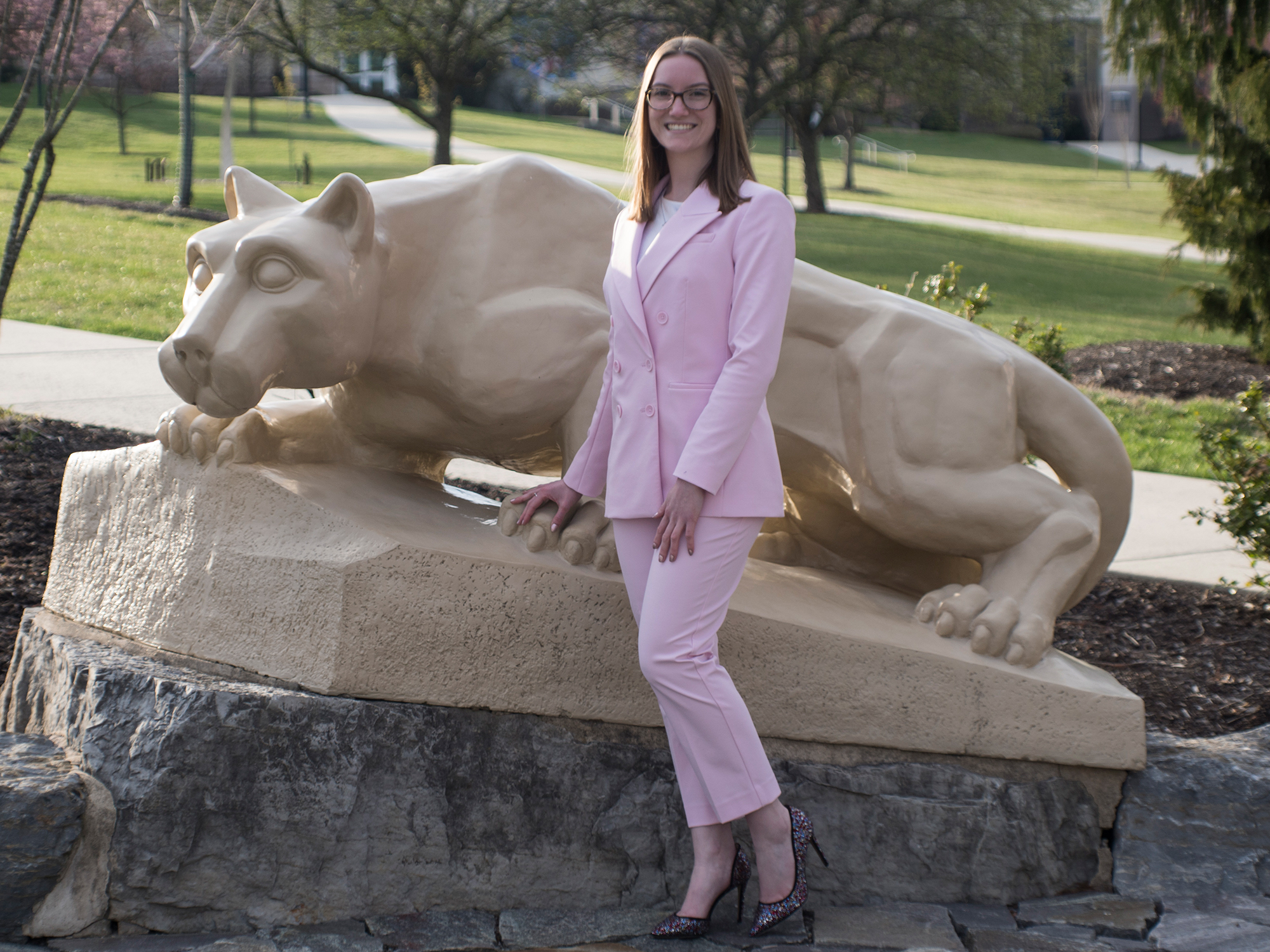 Major states of primary education and early childhood, it has been transformed by the college

When Kelly Whalen applied to colleges, Penn State Berks topped the list. In fact, it was the only college on his list. On May 7, she joined the “Pride of the Lion” when she walked across the stage as the student marshal to receive her diploma from Penn State Berks.

She states that she has wanted to be a teacher since she was in kindergarten, so earning her degree in Elementary and Early Childhood Education, with a minor in Special Education, will be a “dream come true.”

Whalen, of Brodheadsville, Pennsylvania, says her two older brothers and sister-in-law graduated from Penn State and she went to Penn State football games growing up, so she always wanted to go to Penn State. Looking at the campuses, she says, “Berks really caught my eye because it’s so beautiful and I liked the small classes. Once I started taking classes and meeting my teachers, I knew that was where I wanted to stay and that I would have lots of support.

She graduated in just three years, through hard work and preparation. Whalen was in her high school’s dual enrollment program, so she began her college career with two courses and six credits under her belt. Then, she participated in the Penn State Berks Pathway to Success: Summer Start (PaSSS) program, which gave her the opportunity to take two courses during the summer before her first semester, with the support of a scholarship.

“It was amazing,” she says of the PaSSS program. “Not only was it financially beneficial, but it gave me a head start. I met lots of friends and the teacher in my class was very welcoming and set the stage for what teachers are at. Berks.

During her second year at Berks, she was inducted into the Cohen-Hammel Scholarship Program, a comprehensive scholarship program for outstanding students that provides leadership training and many other opportunities. She will graduate with the first cohort of scholarship recipients.

One such opportunity offered by the Cohen-Hammel Fellowship Program was to turn her research, rooted in educational inequality, into a fundraising campaign. Whalen held an online fundraiser – during the pandemic – to buy school supplies for 16and and Haak Elementary School, a school identified in its research as being affected by inequality. The fundraiser raised $2,600, which was used to purchase supplies and deliver them before the start of the school year in fall 2021.

Whalen says his time at Penn State Berks broadened his perspective. “Before coming to Berks, I was unaware of the depth of educational inequalities; I never heard of them in high school. It fueled my passion for the changes I want to see and how I help my students. I want to one day have an impact on the education system from a broader perspective.

She recently graduated from Glenside Elementary School, working with fourth graders. Glenside and 16and and Haak are part of the Reading School District, a large urban school district.

“It’s been great connecting with the students, helping them realize their potential and seeing them grow over the course of a year. It was also great to apply everything I learned at Penn State Berks in the classroom.

When asked how the college prepared her for her future, she said, “The faculty played a huge role in preparing for my future career as they were always willing to go above and beyond to provide the support I needed as a student. The teachers were always willing to go the extra mile. I feel blessed to have been in the education major because my teachers really know how to educate.

“The leadership opportunities have been really helpful and now I can see myself in the future taking on a leadership role in education.”

Above all, she states, “All of the learning experiences at Penn State Berks have transformed me, and that’s why the title of my keynote is ‘Transformative Learning.’